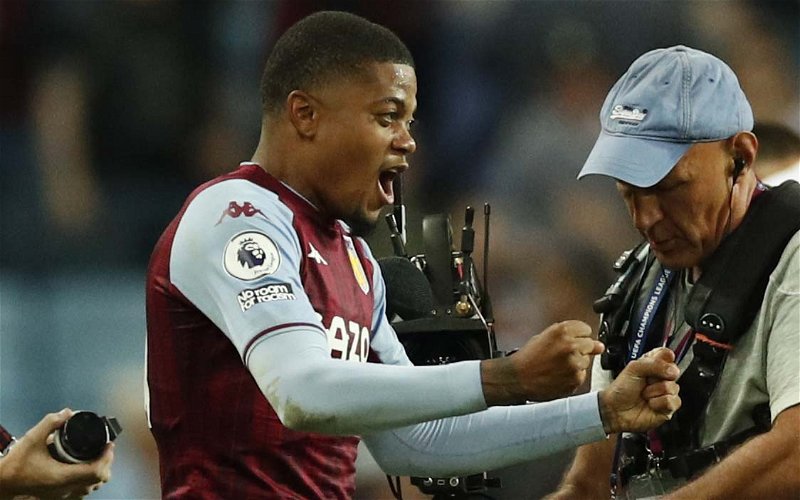 Following on from the few cameo appearances we have seen from summer signing Leon Bailey, the vast majority of Aston Villa fans are relishing the opportunity to see the 24-year-old in full flight and during this interruption break, head coach Dean Smith has already spoken about the expectation that Bailey will return to full training following on from the strain he suffered when scoring against Everton.

With it being a stop-start beginning to life at B6 for Bailey, injury expert Ben Dinnery (premierinjuries.com) has told Football Insider that Dean Smith must resist all temptation to rush Bailey back into action, even if fans are desperate to see more of him.

“Bailey should be there or thereabouts. He’ll certainly be ready for the matchday squad. But there has got to be that period of adaptation and they have to be very careful.”

Dinnery goes onto reference Bailey’s disrupted pre-season, added to his international duty and the ‘frustrating’ fitness issues he’s already had, before adding.

“Villa supporters will be urging him to come back following that impact he had coming off the bench. But they need to understand he isn’t a player that can just be thrown in there. Maybe it would be better for him to be introduced off the bench and be in and around that squad for game week eight.”

I think most of us would be shocked if Bailey featured in the starting line up when we host Wolverhampton Wanderers at Villa Park, but as long as he is passed fit, few would be surprised if we saw him feature for another cameo as the game edged to a close but given the problems we’ve had so far with him which seem more niggly at he gets up to speed, I really don’t see him coming properly into Smith’s plans until Arsenal, if not West Ham United at the end of the month.

We’re all gagging to see what he can actually do over 90 minutes but a softly softly approach certainly seems to make sense here.