With a couple of losses on the spin, Aston Villa went into today’s early kick off against Wolverhampton Wanderers looking to get ourselves back on track and, of course, there were some bragging rights up for grabs.

It was certainly a lively game and largely mixed, although granted, our Molineux hosts had the greater chances on the day. Feisty describes it well with both sides sharing nine yellow cards and both were reduced to ten men in the final 45.

With midfield meatball John McGinn signing a new five year extension on Friday evening, he capped that off perfectly in stoppage time when he was fouled in the penalty box. Anwar El Ghazi converted the subsequent VAR approved penalty and with time quickly running out, all Wolves could muster was a red card of their own.

1-0 is how it finished, bragging rights, back to winning ways and back up to eighth place in the table. Decent run out for Ramsey as well! 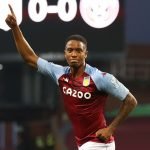