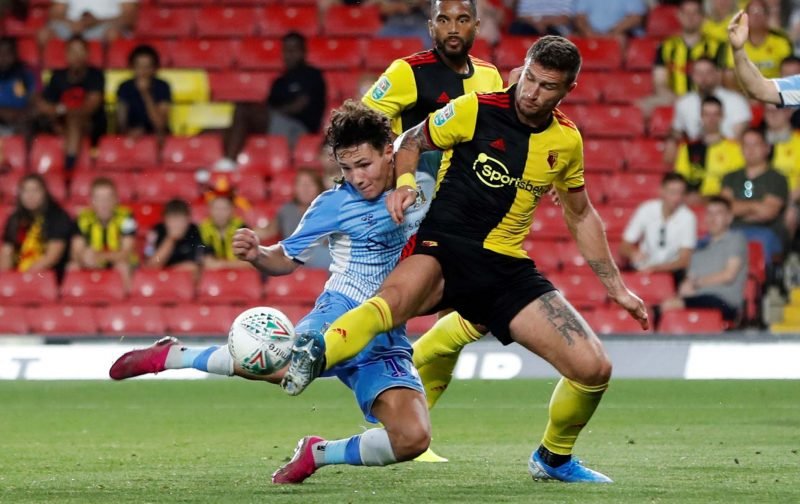 Aston Villa Academy graduate Callum O’Hare headed out for a spell with Coventry City this season for their League One battle given the successful spell he spent out with Carlisle United in the 2018/19 campaign.

The 21-year-old talent hit the ground running and came in for significant praise following their victory over Blackpool earlier this month, where he came off the substitutes bench to open his goal account at the club.

Having featured in their draw with Burton, he made his first league start as they faced Wimbledon on Tuesday evening and plenty of Coventry fans were delighted with the part he played in their 2-1 victory on the night.

Taking to social media following the full-time whistle to celebrate their showing, O’Hare’s post on Twitter certainly garnered a great reaction following his own efforts across the 90 minutes, as although he wasn’t directly involved in their goals, he played his part in helping them fight back from behind to pick up his debut win.

Deserved the start, you’ve been outstanding this season and long may it continue. ????

You are becoming one of my favourite players..

You were brilliant today. Unbelievable movement. Enjoy the rest.