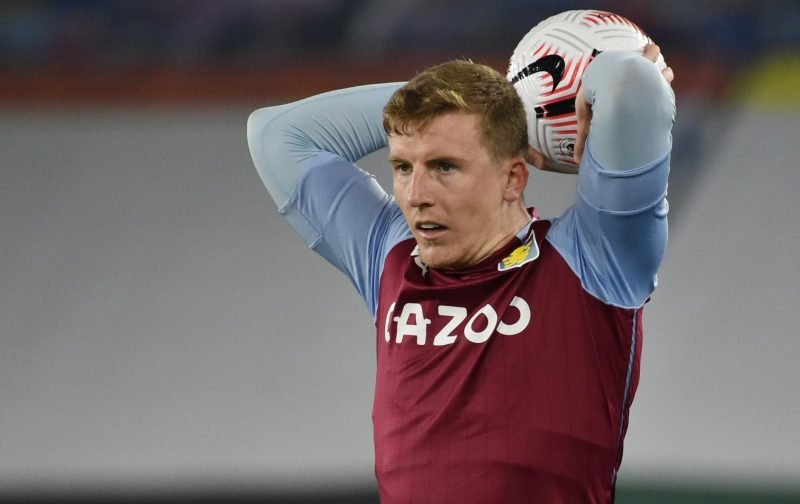 The now 25-year-old joined us back in the summer of 2019 as we began our Premier League return for a whopping £17million from Southampton, and it’s not unfair to say that despite his promise as a player, he struggled to impress in that first year and received plenty of criticism from the fans.

"It's a really exciting time." 🗣️@MattyTargett joined VillaTV after extending his contract with the club. 🟣 #Targett2025

This season though has been a complete turnaround for the player and he’s become pivotal to us on the left hand side. He hasn’t just improved on an attacking front either, he’s more than played his part in our defensive improvement as he’s really toughened up in the tackle.

So much so in fact, plenty are wondering when he’ll get that England call.

With 64 appearances to his name in our colours, let’s hope there’s even more to come from him as he’s now ours until at least the summer of 2025.

Comments from our forum thread.

JW1985
A new contract for the man who is possibly this season’s most improved player. Really didn’t think after last season I’d be genuinely believing he should be getting an England call up but it’s a sign of how much better he’s become. Say what you will about the coaching staff but most players at the club are significantly better than they were the day they signed for Villa.

Pride of Lions
Yeah, excellent news, the guy truly deserves it too. Agreed, definitely the most improved player of the season. Well done Matt.

Villan57
Said a couple of weeks ago he’d be our next signing. Deano did say last season there was an England fullback in there somewhere, oh how we laughed. I don’t think many are laughing now?

david-avfc
He’s developed into a really consistent full back – not sure many of us would have expected that so soon from him but he’s doing a great job and possibly not far off the England squad.

Pangloss
He has been absolutely quality this season. Delighted about this.

Platypus
There were always signs but I think it was the first Fulham game this season where defensively he won everything including every header that went near him and he’s not really had a bad game since.

The Fear
A good lesson for us, in not writing a player off isn’t it?

Stephen Jay Hawkings
Delighted about this, and as Fear says just shows what can happen when a player is given a bit of time. Becoming my favourite LB since Steve Staunton.

danvilla2
My honest thoughts are that it’s great to see a player, at a key time in his career, step on and improve. We’ve had far too many players plateau, go backwards or have to move to improve. I thought his athleticism was a bit of a hindrance to his fitness levels, and also his commitment in tackling which left him injured at times. But he’s certainly worked on his fitness and his positioning, as well as enjoying the style of football we play out from the back. His touch and control is exceptional, very underrated footballer in the literal sense. It’s also very underrated with the moves and runs he makes off Jack in possession to be an option to move into the space Jack creates. I’d like to see Matty get further upfield actually in some games. Great to see.

gmvillan
Targett has been excellent since the start of this season. Probably our most consistent player. Very good at both ends of the pitch. Links up very well on the left with Grealish and others and chips in with some nice solo play as well. Well-deserved new contract in my opinion.

Is Targett Your Most Improved Player Of The Year

No, But He's Definitely Improved