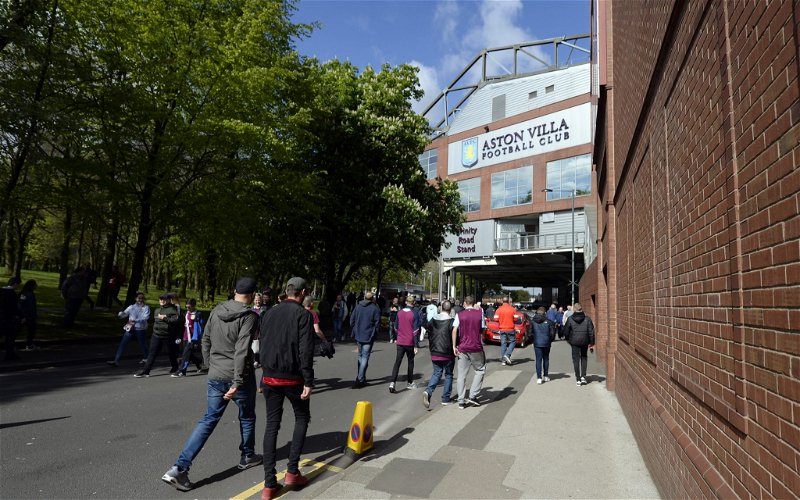 This bodes well. The new majority stakeholders of Aston Villa, Nassef Sawiris and Wes Edens have been in touch with the Fan Consultation Group Members to assure us (so all us fans) that they will look for fan input and continue with the consultation group.

Nice to see, so early into their purchase, they are looking to engage with the life-blood of the club, us fans.

Dan of the Villa View beat me to the tweet on this:

Nassef Sawiris and Wes Edens have been in touch to reach out the the likes of @TheVillaView_ @VitalVilla @oldmansaid and the other FCG members.

Keen to meet the #avfc supporters groups as soon as possible which is pleasing to hear. #utv pic.twitter.com/oRrBsaBDvK

So I thought we’d have a bit of fun, goodness knows we’ve had enough doom and gloom recently:

Bit blown away to be honest, I mean a brand new Ferrari and keys to my own corporate box in the Trinity. What? You’ve not had the same offer? *Awkward*

Asked me to be on the board mate, and I got a Lamborghini in claret and blue.

And now my list of demands have grown following a suggestion from Clive.

Yeah but it’s a bit over the top Mr Edens rolling out the red carpet out for you so your shoes stay sparkling clean on matchdays, whats next a massage ffs pic.twitter.com/y06AhwmgXh

Massage would be nice now I come to think of it Clive, I’ll add it to my list of demands. pic.twitter.com/4rl9H9tLPu