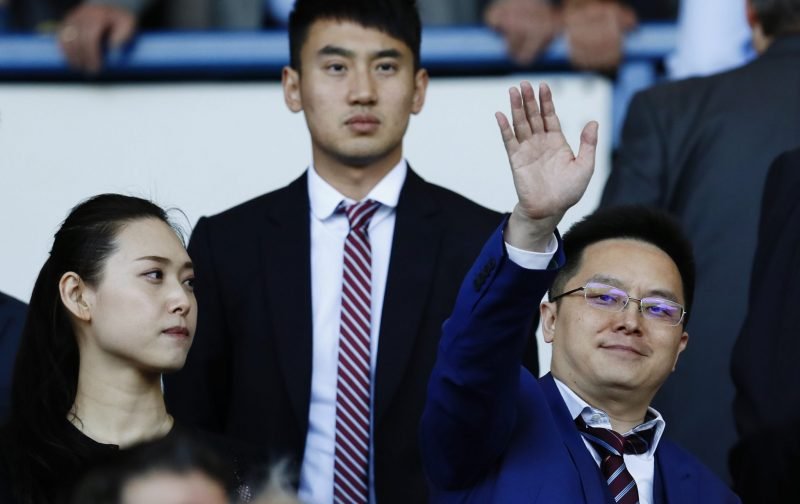 I was busy doing other things when news broke of our partial takeover and Aston Villa fans had long been welcoming Nassef Sawiris and Wes Edens to the Claret and Blue army – so I’m a little late to the party.

For the details – see:

We don’t know the details of the deal, some bits will no doubt get leaked in time but it will mostly stay secret as I think most fans would expect. The setup seems pretty clear in terms of a pecking order in the Boardroom for now and fans will be aware of the speculation doing the rounds about a majority buy-in being followed some way down the line by a full takeover.

None of that matters for now and it’s irrelevant. What matters is where does the takeover and investment leave us given our precarious financial position?

Cash flow – if we have new owners pumping money in to the clubs’ coffers, we no longer have a cash flow issue and should no longer be cutting our nose off to wax our hair in terms of factoring future money away and nor allowing financial companies to loan us money in return for charges over company property and assets.

We shouldn’t hear the words ‘winding up order’ or ‘HMRC’ again and stories and speculation surrounding the paying of wages, tax, future owed transfer fees should cease immediately, they should be no more, it’s a former parrot.

Financial Fair Play concerns are a little more convoluted, however.

In press terms, the FFP hole owing to losses and our reduced Parachute Payment have been stated to be £40million give or take. Those of us who bore ourselves with accounts believe it to be lower than that and maybe more in the region of £25million depending on what additional progress was made in reducing wages and outgoings that will appear in the set of accounts that we are yet to see. Until we see those accounts, it’s guesswork based on the steps taken and the improvements made in the last available set.

Whilst the figure can be considered to be in doubt – the fact there is a hole is not.

There are numerous ways of dealing with that hole though, the easiest go-to is the reason why the rumour mill has been in overdrive the last few weeks – the dreaded word ‘transfers’ is the quickest and easiest way out of the hole we dug for ourselves.

Other ways out of that hole are, however, available. Whether they are more palatable is open to debate.

Bodymoor Heath is already sponsored…Dr Tony Xia could presumably tear that agreement up with no penalty or a nominal penalty and we could re-sponsor the training ground for full market value.

We could also sponsor each stand at Villa Park, additionally, we could sponsor Villa Park full stop.

Both of those potential sources of income are not prohibited by FFP, the regulations simply state that we have to show good faith when dealing with interlinked businesses and that basically means the sponsorship deal has to be based in current market values.

Eg Manchester City’s original deal with Etihad was over 10 years and worth £400 million – £40million a season. That has since been upgraded owing to their success and profile growth since. We could not go in at that kind of deal for obvious reasons. We could, however, look at a Stand and Bodymoor for maybe £15-20million a season given our supporter base, history and standing in the game. Other sponsor deals around football would allow those with a better financial brain than me to find the sweet spot in terms of revenue, but I think on good faith £15-20m is a reasonable ballpark.

There are also far more left-field ideas to chip away at FFP and grow matchday revenue should our new owners wish to entertain such things.

In any event, with new owners in place, FFP is not solved simply because they have arrived. We still have to deal with it and it won’t go away IF we remain in the Championship come next May. Having tried this trick once and failed, I would not recommend spending like a baby again and putting all our eggs in promotion.

It does reduce the pressure to sell players this summer and most certainly sell them below market value because our position is no longer as weak as it was 24 hours ago. The ultimate FFP calculation doesn’t take place until next February or March so we can hold fire on sales and see where we are come January in the league and then ensure the FFP box is ticked in January.

Whilst January is technically a seller’s market, we also have to bear in mind clubs won’t forget our FFP hole and as we drive prices up given the nature of the window, they will still try to drive prices down knowing we have to sell. We might not gain or lose money by waiting until January, but we benefit from half a year in performances.

In terms of this window though, we are now under no pressure to sell cheaply and quickly because we don’t have to factor in cash flow issues. There’s no reason to wipe £2million off our top price to get an extra £5million upfront on the deal to keep the lights on.

We can now actually remember our motto ‘Prepared’ and start doing it with the future in mind.

Our new owners seem to have money and pedigree, and both have the typical ‘like sports’ PR built into the bios. Let’s see how far outside of the box they can think to solve FFP without us taking the easy option and flogging the likes of Jack Grealish.

If he still wants to stay given he’d have had to accept we’d cash in on him and it would’ve changed his thinking. At least that option now comes back on the table for us, and it would be a hell of a statement from the new owners if that came to pass and Jack kissed the badge once more – even if it was only until January and explained as such, or for the campaign and then we wish him well if we don’t go up this year.