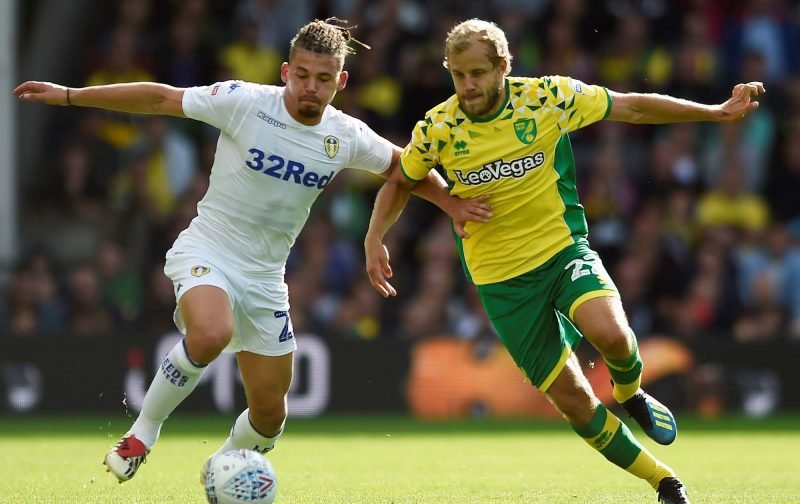 One of the big stories on the summer transfer rumour mill for Aston Villa has been our claimed interest in Leeds United’s defensive midfielder Kalvin Phillips.

The 23-year-old was a key player for manager Marcelo Bielsa as they missed out on promotion to the Premier League having fallen to Derby County in the Play-Off Semi-Final stage, but Phillips performances certainly saw his stock rise over the campaign.

With initial reports saying we were in for him at around the £14million mark various others reports, as covered, suggested we would go to £20million but Leeds would hold out for £30million.

It was also claimed that the player wasn’t pushing for a transfer as Leeds is his boyhood club.

Regular Leeds pundit Noel Whelan seems to think that we have stepped up our interest this week.

“I’m hearing rumours of a £20million bid from Aston Villa happening. At the moment, that’s hearsay, but there’s no smoke without fire and there’s no doubt Villa want Phillips. There is that interest still there and that doesn’t surprise me because Kalvin Phillips is an excellent player and a specialist midfield anchorman who plays the role really well. Do we need another sale to bring in more players? Probably. But I don’t want him to go because he is integral to the team and getting promotion next season. It would be a real shame to lose him, and for him to miss out on another year working with Marcelo Bielsa. If he does leave, who is going to replace him and fit into his position?”

Over the weekend plenty of reports suggested that it was now a done deal and claims did circulate that he’d already following a few players.

Kalvin Phillips has just followed JT, JG, Lansbury, Mings on Instagram. Make of that what you will… #AVFC #LUFC https://t.co/W9t6sWxa22

I saw a screengrab, but I can’t find it now and people will definitely want to read into the fact he followed Tyrone Mings as well.

Is he the next one through the door?