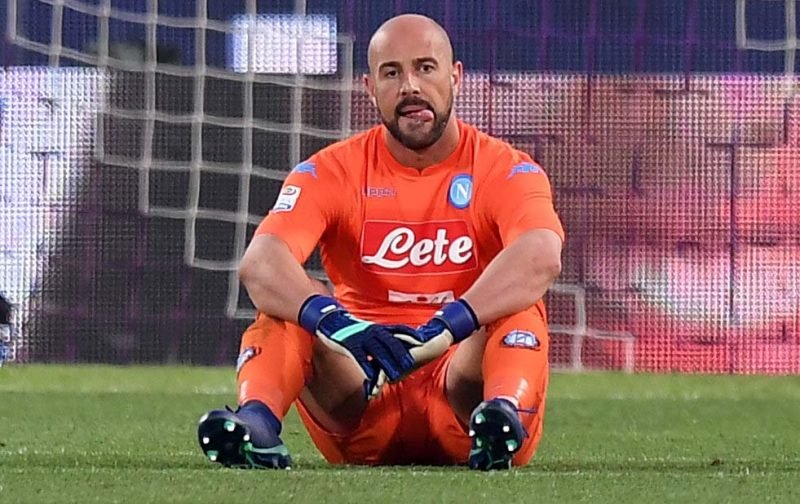 On Friday evening, the speculation linking us with a season long loan move for former Liverpool stopper Pepe Reina stepped up to a new gear, and it seems we have now struck agreement with AC Milan to take him on for the remainder of the 2019/20 season.

With injuries to both Tom Heaton and Jed Steer, Orjan Nyland has stepped up well in the last few games and looks a totally different prospect to the player that arrived with us in the summer of 2018, so if the reports are true, I can only presume it means we will loan Matija Sarkic back out now, and we can also probably expect a deal to surface for Lovre Kalinic – otherwise this makes absolutely no sense to me.

37-year-old Reina should be well known to most fans from his previous spell in the Premier League but he’s only made 13 appearances since the start of the 2018 campaign and his potential arrival has certainly sparked plenty of discussion on our forum.

Pepe Reina’s loan deal will include an option to buy. #avfc convinced him to join by guaranteeing first team football. [sky sports italia]

Whichever side of the fence you sit here, we should know on Monday as that’s when he’s apparently set for a medical and the deal should be signed. Harsh on Nyland really given his improvement, but you can’t really argue with Reina’s experience.

Shame for Nyland. Stepped up every time we’ve needed him this season and probably deserves a real chance. But Reina is a top keeper and the best we can get for 6 months.

Can’t help but think we are wasting resources on signing #Reina even on loan.
He’s hardly played much in #Italy & I honestly think Nyland deserves his chance.
He’s performed well every time he’s been called upon this season.

I’m not convinced we needed to sign Reina.#avfc #utv

I highly doubt they’ve guaranteed him first team football, DS doesn’t come across as a disloyal manager. Earn your shirt like everyone else…🧤🧤⚽️

Don’t believe that at all.

Not buying that, no way they’ve guaranteed him 1st choice

Not Needed, Waste Of A Loan