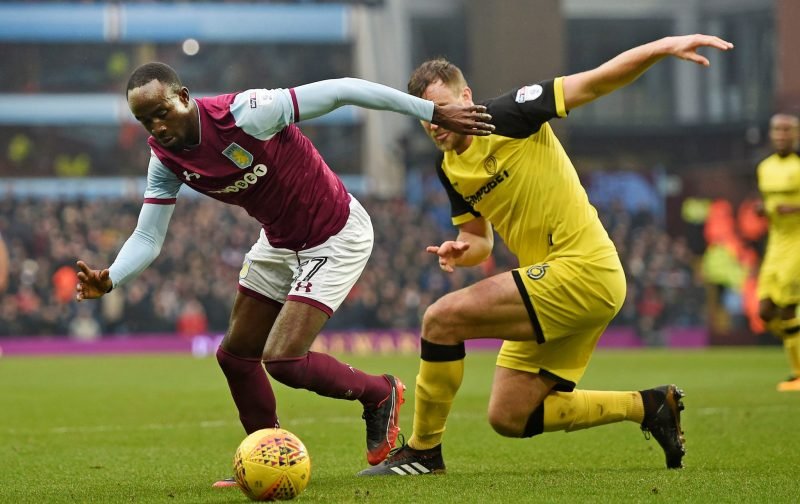 Albert Adomah struggled to make an impact for Aston Villa in Wednesday night’s defeat to Brentford and he was heavily criticised by supporters on social media as a result. The 31-year-old has been short of form all season and surprisingly continues to start for Villa. His latest showing, however, might be the nail in the coffin.

What’s happened to Adomah? He just seems so in affective in every game??? #AVFC

Adomah is the most out of form player on the pitch, what has happened to him?? #avfc

Adomah has done a great job since he come to us. I just fear his legs are gone. Just hasn’t got that burst anymore. ???? #avfc

If adomah’s a winger, so am I #AVFC

Albert Adomah is a shade of the player he was last season. Seems to have zero confidence and it shows in his body language. #avfc

The likes of Hourihane and Adomah are unfortunately frauds. The likes of Whelan and Hutton are now too old and their legs are gone to play with any kind of tempo. This is why we are getting overrun every single game. Not Smith's fault Bruce left this shower #AVFC

I loved Adomah, I really did but now he drives me mad. He doesn't track back enough, seems to have lost his pace and doesn't deliver anything in the attacking third #avfc

Against Brentford, Adomah failed to register a shot on target and he didn’t create a chance before being hooked off in the 58th minute for Ahmed Elmohamady. He made only 18 passes in the game and didn’t find a teammate with any of his crosses on the night. Fans made their feelings clear and Dean Smith might finally take their advice and take him out of the spotlight.

The Ghanaian international has failed to score a goal in 22 Championship appearances this season, making just two assists. With Andre Green and Jonathan Kodjia waiting in the wings on the bench, it might be time for Smith to consider a change ahead of Saturday’s meeting with West Bromwich Albion. Villa’s slim hopes of reaching the playoffs may depend on it.