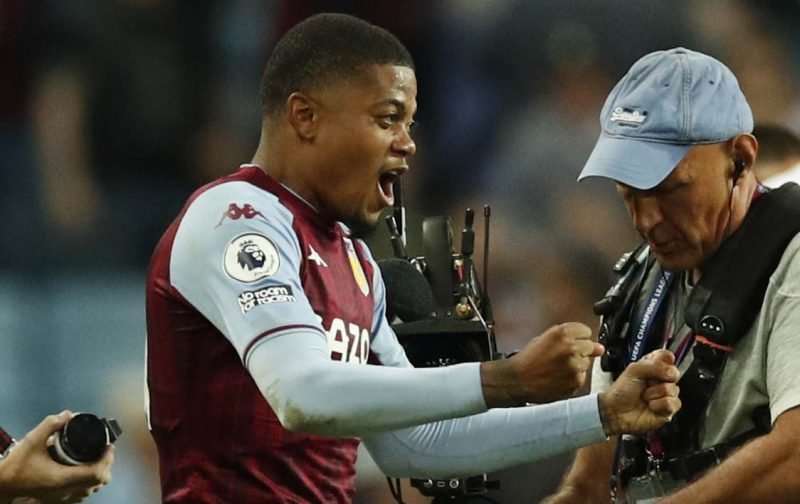 Not long got back. Lovely evening at the finest stadium in world football. I don’t like three at the back. We’re only playing it to get both Ollie Watkins and Danny Ings on the pitch but the players that would supply them don’t fit properly in that formation.

We were very solid defensively for the most part, the three CBs were excellent, particularly Mings who snuffed out everything that came near him and even made a few buccaneering charges forward. Targett was poor but he isn’t a wing back, he’s fine in a four but too slow for the role he’s being asked to play. Cash was excellent and his goal was delightful.

Ramsey was very good again. Neat and tidy passing, good energy, good movement and good defensively. He’s very good at creating space for himself. He’s 19 or 20 I think? If he carries on improving he’ll be some player. Luiz did well enough and Marvelous was excellent when he came on I thought. He actually looked a lot more confident on the ball than I’ve ever seen him before.

The strikers toiled away but neither had a real sniff of goal. Ings is a quality player and his ball for the third was lovely. Ollie works so hard and his never say die attitude creates a lot of good situations from nothing balls. The two up top isn’t working though. It’s 4-3-3 all the way for me.

Bailey…What a cameo. I knew I’d love him as soon as he went straight to take the free kick after coming on. When he scored I thought the Villa Park was going to take flight. He had a lot of time to think about that finish and my God it was as emphatic a strike as you’ll see this season. He is a star and needs to start week in week out. If we can get him and Buendia clicking around Ings we’re onto a winner.

Bit of a slog for a time but I never really thought we were in danger at any time. I do think we need to bin the three at the back. I’ve never liked it and it doesn’t suit the creative players we have. For me it’s one of Ings/Watkins with Bailey and Bunedia either side. Same midfield, usual back four. Easy.

What a lovely Saturday night. UTV