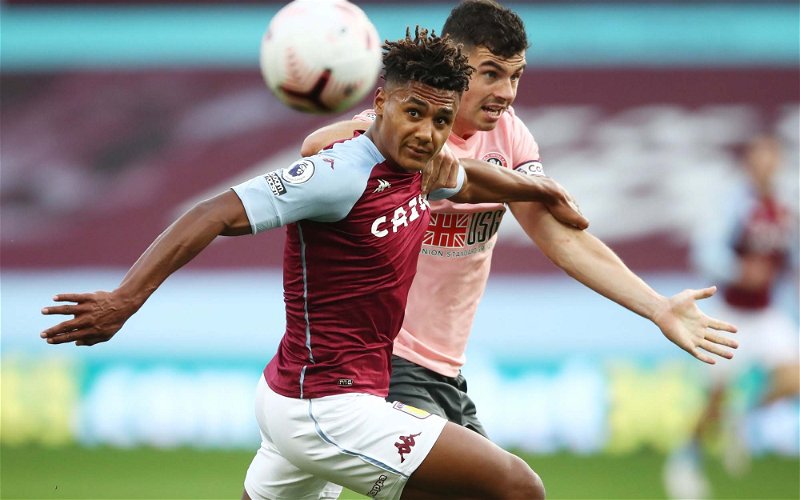 There’s no denying that Friday evening’s defeat to Leeds United was gutting for Aston Villa fans.

We weren’t at our best and Leeds put in a shift we would’ve expected, but with refereeing issues in terms of at least one red card and a stonewall penalty and then the total capitulation when our heads dropped, if left plenty of questions for fans to debate.

However, whilst the game could’ve been historic with five wins from five, we should also remember it’s our first defeat of the new campaign and we had been on an eight-match unbeaten run (last season included), so whilst there are questions, once the red mist settles, it’s not all doom and gloom.

Whilst understandably disappointed given his own efforts in the game, striker Ollie Watkins knows it might not be a popular view, but a philosophical take on the match is how we should move forward.

Speaking to the Express & Star the 24-year-old knew there were lessons to be learned, but equally it shouldn’t overshadow our performances so far.

“Friday’s result does not determine us for the season. It is our first loss and it is how we bounce back. We just need to focus on the next game now. Obviously it is hard and I know it is probably not what people want to hear. They are probably annoyed after the defeat. But we have had such a good start to the campaign and we have to try and regain that momentum going into the Southampton game.”

Although Villa clearly had fewer chances across the 90, pre-heads falling, we arguably had the better chances and actually tested their goalkeeper – as opposed to most of their efforts originally landing in roads around the stadium – and Watkins knew that not making more of those chances ultimately counted against us.

“It is a tough one to take because in the first half we were definitely in the game. Jack had an effort cleared off the line. In the second half they started quickly but we still had chances, Jack went on a long, mazy run and nearly scored. I think we were unlucky. I know that seems weird when you have just been beaten 3-0 but we had chances before they scored. It comes down to fine margins. We will go back onto the training field, keep trying to improve and go again.”

We can’t do anything about the manner of the defeat or the kick in the proverbials it was, but we have to treat it as a bad day at the office and prove it was just that in the next match. Learn a few more lessons, put them into practice and know we’ll be in for an equally tough game against Southampton this weekend.

There have been some strange results in the PL so far this year and Leeds won’t be the only one that goes against us, but even in defeat we can show improvement.