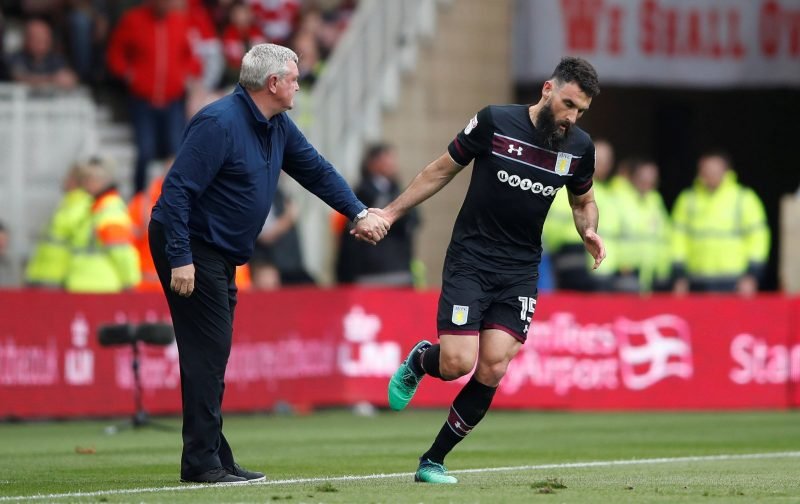 On Saturday, Aston Villa made the trip up to Ewood Park to face off against newly promoted Blackburn Rovers as real football returned after the September international break.

Despite edging the game on a statistics front, the hosts took the lead with just under 15 minutes remaining and we needed Conor Hourihane to do his thing from a set piece three minutes into stoppage time to ensure we took a point.

A deserved point mind you even if, again, we were far from perfect. 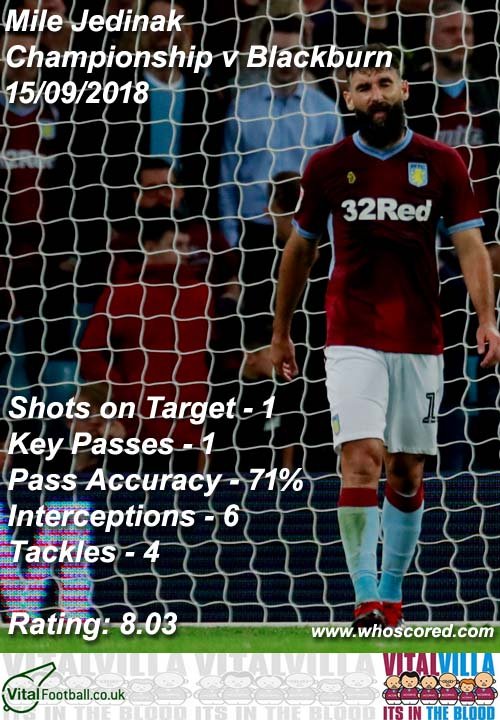 WhoScored probably had an unlikely man as our top performer, Mile Jedinak, as he returned to a more comfortable position as we stopped playing square pegs in round holes.

A rating of 8.03 for the game saw him test the opposition goalkeeper and provide a key pass in his 56 touches. Whilst maligned at a more strict centre-half position as he’s now often deployed, he made four tackles, six interceptions and nine clearances so did contribute around the pitch.

Only four players got a rating of 7 or above, Jack Grealish, Conor Hourihane and Tammy Abraham, and surprisingly they had John McGinn as our worst rated player but even on an off day for him, he still could’ve won it if the referee knew his job.

Going back to Jedinak, he is in some senses a scapegoat now because he makes natural mistakes in a defensive role, but he does generally contribute more that gets missed – the mistakes stand out to fans though and they always will – so there is some pleasure to be taken from such a strong performance as he undoubtedly always gives his all.