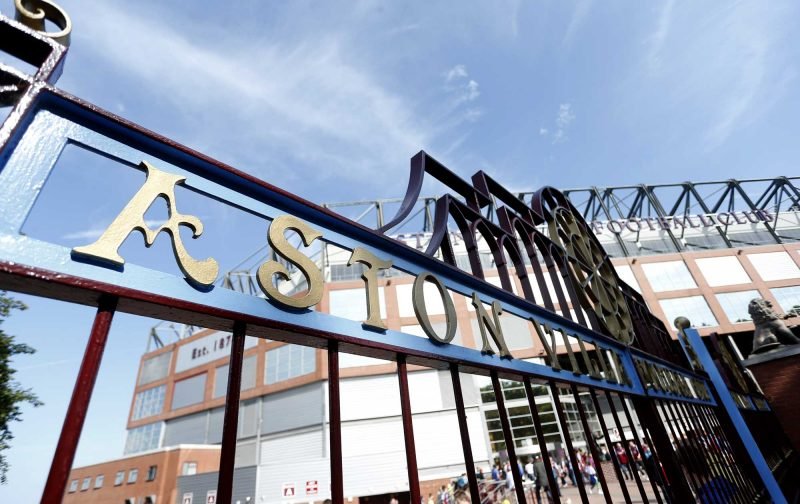 Oh To Have Been Under That Gaslight In 1874 first published in 2009, thought it worth repeating. Not totally sure who wrote it, might well have been glensider but I could be wrong. Slightly amended……

I wonder just what they would think. That gathering of gentlemen from the Villa Cross Wesleyan Chapel Cricket Team, who stopped under that Heathfield Road gaslight back in 1874. They were there to discuss the options open to them over the winter months, options that would keep them fit and in close contact with one another, until the next cricket season came around the following year.

They needed some activity, and after watching and being fascinated by a game of football in a nearby meadow (a meadow in Aston, Lozells, Handsworth? Can you believe that?), they took the monumental decision to form themselves into a football club. And so dear friends, as you all know, Aston Villa Football Club came into being.

We know very little about these gentlemen as individuals, but no doubt they were a varied mix of egos, characteristics and personalities, just like we enjoy and experience here on Vital Villa.

What then I wonder, would those distinguished gentleman make of it all, if by some wondrous invention available on ‘the other side’, they had access, even if only for a solitary day, to the wonderful site that we all know and love as Vital Villa?

What would they make of the articles, the threads, the arguments, the debate, the discussion, the disagreements, the thoughts, and the greatly varying views and observations?

After all, after getting over the initial shock that so many people should come together, 144 years into the future no less, to discuss and debate a pastime that was very much of secondary importance to their cricket team, how would they take to the topics currently being discussed in the 100% Villa forum…. (Not to mention the Off Topic (Witton Lane) nonsense, that would no doubt leave them both shocked and speechless, should they inadvertently venture into that area).

No doubt the very first thread that would catch their eye, would be the thread relating to the hoped for arrival of a certain Stewart Downing from a club called Middlesbrough, for a reported fee of what’s that, £12million pounds?

Obviously they wouldn’t comprehend that figure, and they’d immediately question whether or not he was as good as George B. Ramsey, who cost the club not a penny, a gentleman Scot who had merely approached the footballers at an early game in which the new club were a player short, and simply asked if he could join in. What a low-key introduction for the man who was to become a true legend in the history of Aston Villa Football Club.

Wonder if this Mister Downing has the same style and subtle skills of George, they would ponder.

They’d find that while the majority of members are more than happy with the acquisition of the player, there were certainly dissenting voices making themselves heard.

So while the gentlemen of the mid 1870’s were completing the acquisition of Eli Davis and Howard Vaughton from the Wednesbury Strollers, the 2009 version were hoping to complete the signing of Stewart Downing, while debating the merits of whether or not to bring in a foreign gentleman, name of Sylvain Distin, to a place called Villa Park.

Whatever happened to the Wellington Road ground in Perry Barr they would ask. Where is this Villa Park?

Browsing through the other threads they’d find a multitude of topics spawned by gentlemen with funny sounding nicknames, and responses to those very same topics, by individuals who were absolutely certain that their views and comments, were the only views and comments that summed matters up both perfectly and correctly.

That they’d enjoy their day on Vital Villa is beyond question. After all, they are/were Villans, just like each and every one of us.

They’d smile, and pat themselves on the back, humoured in the knowledge that their foresight was the sole cause of all this merriment and enjoyment.

I wish they could join us here on Vital Villa, even if only for the day.

We could start a ‘Welcome’ thread for them. You know what, I’ll safely say that it would be the first thread on the site that we would all be united as one in.

We’d sing their praises, shower them with love, and thank each and every one of them, ordinary lads who huddled up under that gaslight on that murky night back in 1874, and came up with the wonderful idea of giving birth to a football club, a football club named Aston Villa.

But what I wonder, would they think of Vital Villa?

Fellow members, thank you for your time. Experience yourselves a great day.

144 Not Out. Happy Birthday To The Best In The Land