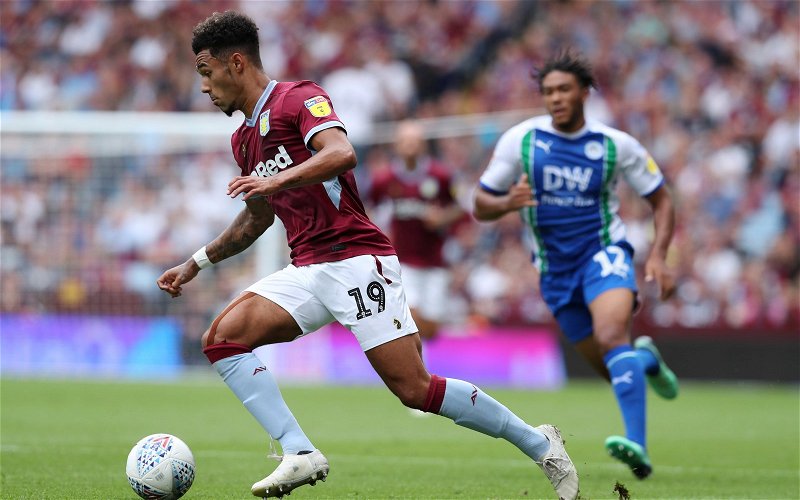 After a six-week layout, Portsmouth confirmed that Andre Green has returned from a knee injury. Manager Kenny Jackett revealed the on-loan winger, who’s made just two appearances at Pompey since leaving Villa in August, began full training this week and could soon return to the matchday squad.

It’s good news for Dean Smith, as the Villa boss admitted his coaching team have embarked on scouting trips to keep tabs on their loanees, saying: “Richard (O’Kelly) and (John Terry) have touched base with each player who is out on loan already”, so Green has an opportunity to work himself back in favour if he impresses at Fratton Park.

The 20-year-old signed a new deal with Villa in March until 2020, but things fell apart in 2018. After returning from a lengthy hamstring injury in January, Green didn’t play in the first-team again and ended the season with the reserves.

Steve Bruce opted to loan him out rather than retain his services the following season, so his loan spell at Portsmouth could have some bearing on future. With Yannick Bolasie and Anwar El Ghazi’s stay at Villa being only temporary, Green could swoop in as their replacement next summer.

Unfortunately, he’s been out of action since August so he’s done little to impress Smith, but November could be a big month for Green as his progress is being monitored.