“On The Table” – Good & Bad News For Promising Villa Pursuit 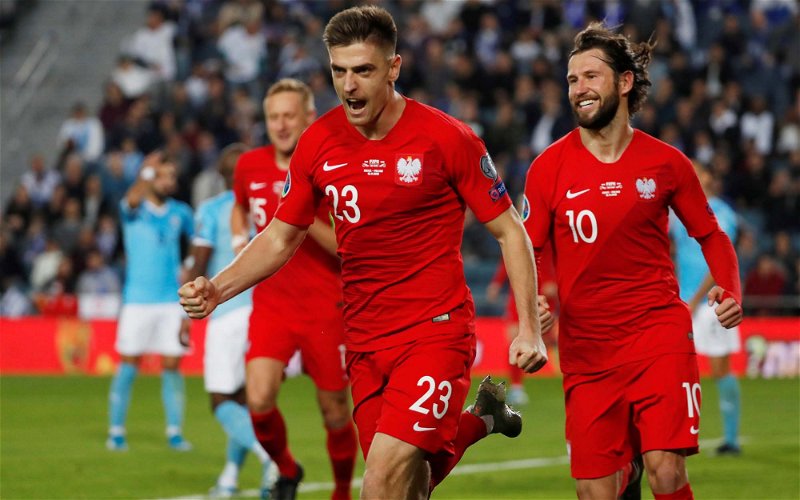 With Aston Villa clearly needing a striker of almost any sort during January, one piece of speculation on the rumour mill this month excited plenty in the fanbase, and that was links with AC Milan forward Krzysztof Piatek (who if he signs, will simply be known as Kris).

The original rumour gained plenty of traction and Piatek has seen numerous references since given the other strikers we are supposedly in for this month.

Whilst there was traction, there was little substance and it involved the obligatory mention of Newcastle United and simply leant heavily on the fact the former Serie A giants had just signed Zlatan Ibrahimovic, so he had naturally fallen down the pecking order.

His overall record is decent, although he has seemingly struggled a bit more this season but otherwise the 24-year-old ticks a number of boxes.

On Monday, there was an update from Italian outlet Il Giorna and they suggested that AC had knocked back all loan offers, prefering a straight sale, and that included an enquiry from Tottenham Hotspur.

However, they were entertaining our suggestion because we’d apparently put a 28/30million Euro offer ‘on the table’ to get a deal done before the window slams shut.

The bad news is, they claim the player himself is holding out on a decision and hasn’t given the ‘green light’ to the deal.

Now on the presumption this is true, and I know little about Piatek other than the words of praise other Villa fans have sent in his direction, I’m torn. I can half understand a player weighing up their options, but equally, if we are the only acceptable offer on the table and he’s lost his playing time and still won’t make a decision, that sort of puts him into the same camp as those that have gone on strike to force a move.

I would hope for a little more enthusiasm, but maybe one to watch late on in the window – however, if we don’t get a striker in before Saturday I can imagine the meltdown, and if we do, has Piatek lost his shot at a club who have demonstrated they want him.

If True, Has Piatek Lost His Opportunity?

Yes, Should Snap Our Hands Off

No, I'd Rather He Was Sure