One Image Sums Up Villa’s EFL Cup Heart Break, But It Also Shows Exactly What We Need To Do Now (image)

Regular readers of our Vital Villa Forum will know there’s a split in the fanbase this year when it comes to expectation levels at Aston Villa, so it naturally follows there was a difference in opinions when it came to our performance against Manchester City at Wembley on Sunday in the EFL Cup.

Having lost 2-1 on the day, there are those who rightly say we could’ve played better or done more, or gone two up front at the end to really go for it. But there are also those who rightly point out we didn’t embarrass ourselves and given the clear gulf in class and quality to Pep Guardiola’s side (let alone those players without even 12 months under their belts at the club), we did give our all and it basically (expectedly) wasn’t enough.

The reality is most were simply looking for a performance and we got that – the bottom line is the game was a distraction, we have bigger fish to fry this year, especially having slipped into the bottom three in the Premier League given we didn’t play this week.

The gap to safety is two points and if we win our game in hand, things look prettier again…the question on everyone’s lips with Leicester City up next is simply can we get that win? 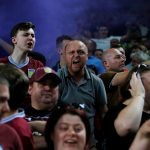 Two photos caught my eye at the end of the City game as the players naturally fell to the Wembley pitch in disappointment. Most feared a hammering would further dent confidence, but with the way head coach Dean Smith pulled the squad together before the losers medal walk, there was plenty of strong words it seemed, plenty of pointing, but the players applauded…I don’t think we took a further confidence shot. 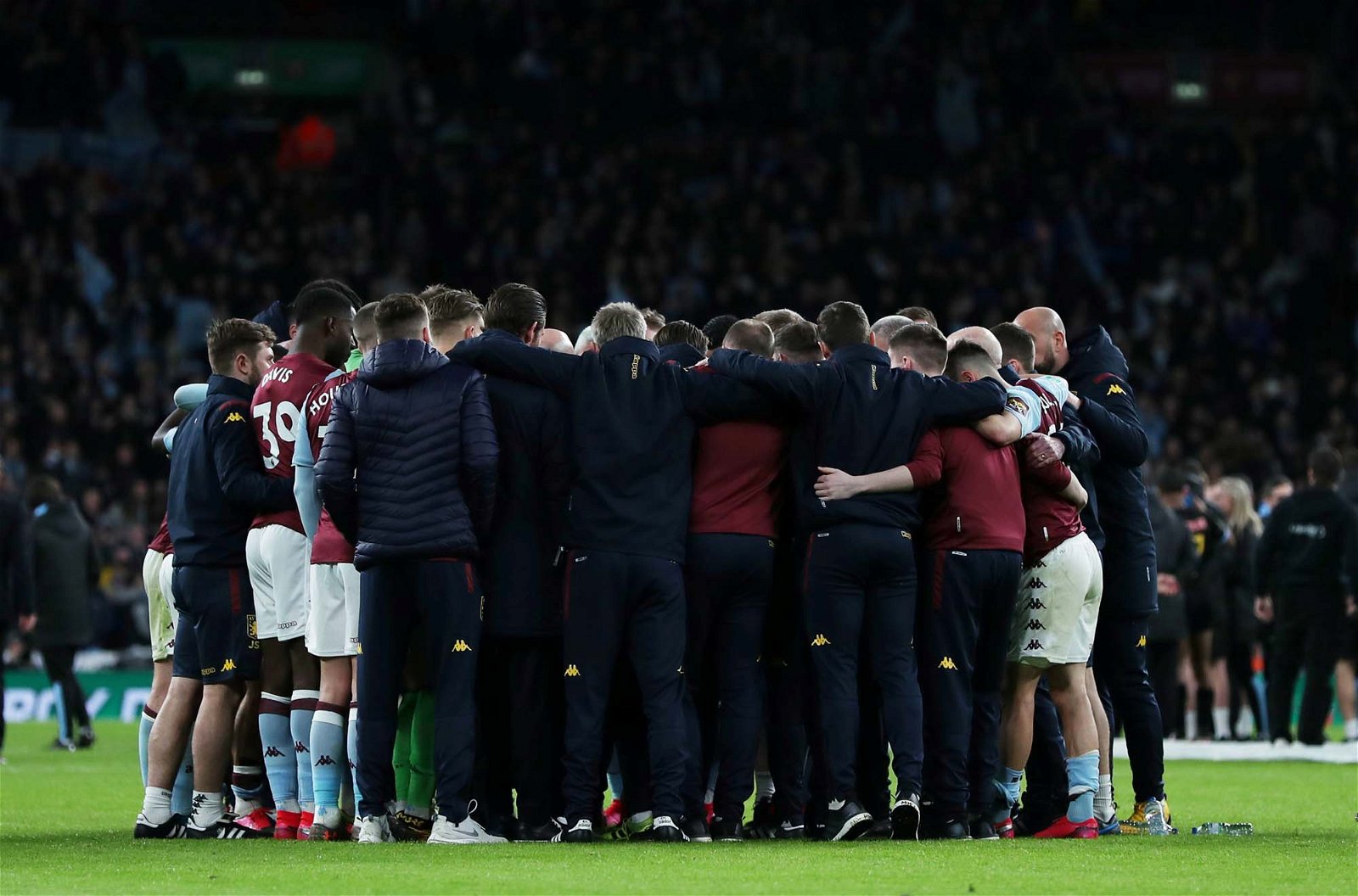 Prior to that, Smith hauled Jack Grealish off the floor and that stood out. Smith’s face tells its own story, as does Jack’s body language when it came to that match – but with eleven games left and points to fight for – the photo sums up to me exactly what we need to do now. Grin, bear it and put a brave face on, stand back up, stop feeling sorry for ourselves and in getting on with it, make sure come May we don’t have that feeling again. 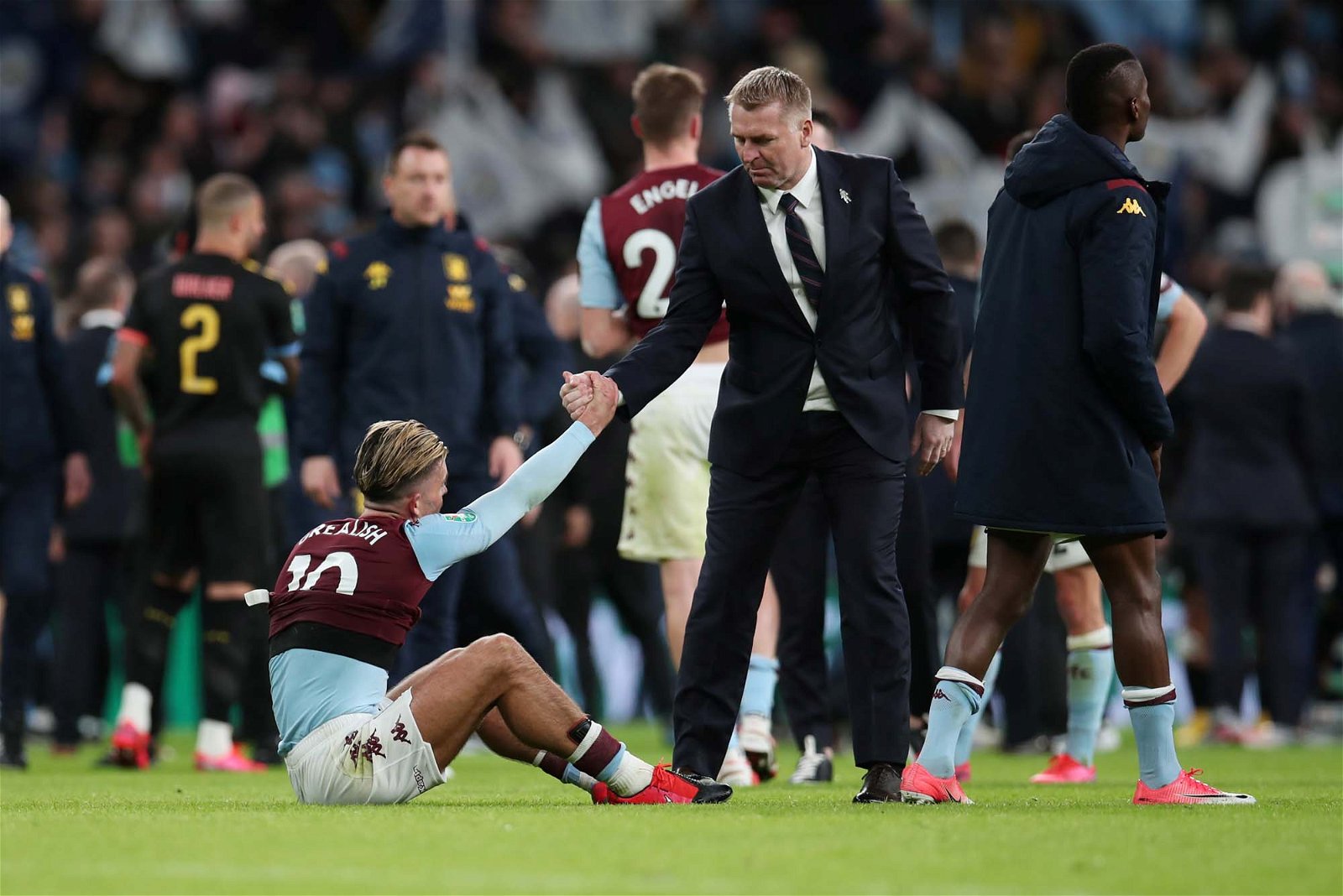 Instead of thinking we’ve done our best, not embarrassed ourselves but ending up with nothing to show for it, do a bit more and make sure we have survival to show for it. Easier said than done given our performances this year, but whether or not you were distraught or more philosophical last night, during the game our fans were still out singing City’s more recently attracted plastics and a week today they’ll be back to their best at the King Power Stadium.

We just need the players to put the same kind of effort in as we have winnable games left and it’s about time we caused a couple of upsets to boot. It’s still in our hands, and it’s down to the players to grasp it now.

Heart Break For Villa, But No Embarrassment – Match Stats