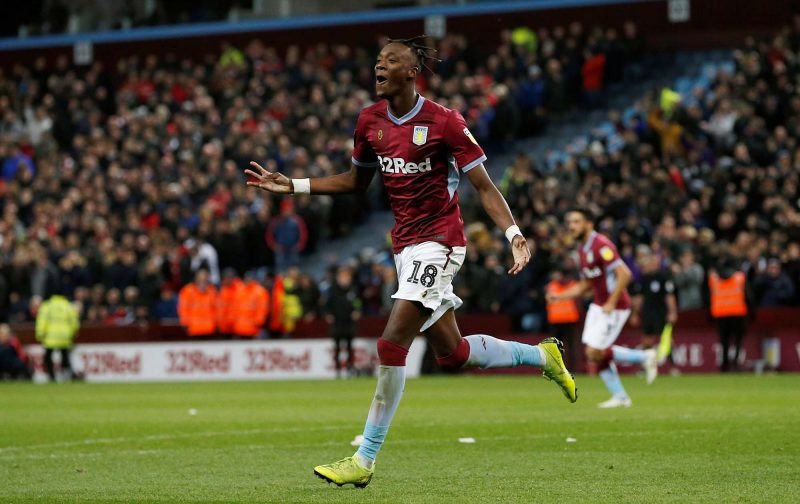 There have been growing fears that Chelsea may recall Tammy Abraham from his loan spell at Aston Villa as a result of the Blues attacking woes this season. Alvaro Morata has led the line under Maurizio Sarri so far, with Olivier Giroud providing backup, but the Spaniard has struggled for form (14 Premier League  games, five goals) and the Frenchman hasn’t fared much better (12 Premier League games, one goal).

On the flipside, Abraham has been in fine form for Villa, scoring 11 goals in 14 Championship games, but second tier football is considerably different to life in the Premier League. The 21-year-old infamously struggled in the top-flight while on loan at Swansea City last season (31 Premier League games, five goals) and Sarri has enough makeshift options in attack to replace Morata or Giroud – Eden Hazard and Pedro can operate at centre-forward.

Given Abraham has made only three appearances in all competitions for Chelsea and has been loaned out to three different clubs before turning 21. It doesn’t appear the Londoners have a genuine desire to play Abraham and Villa supporters clearly aren’t worried with 83% confident the England u21 international will stay for the season.

Aston Villa fans, are you confident of keeping Tammy Abraham on loan for the remainder of the season, despite rumours that Chelsea could bring him back to Stamford Bridge early? #AVFC #CFC