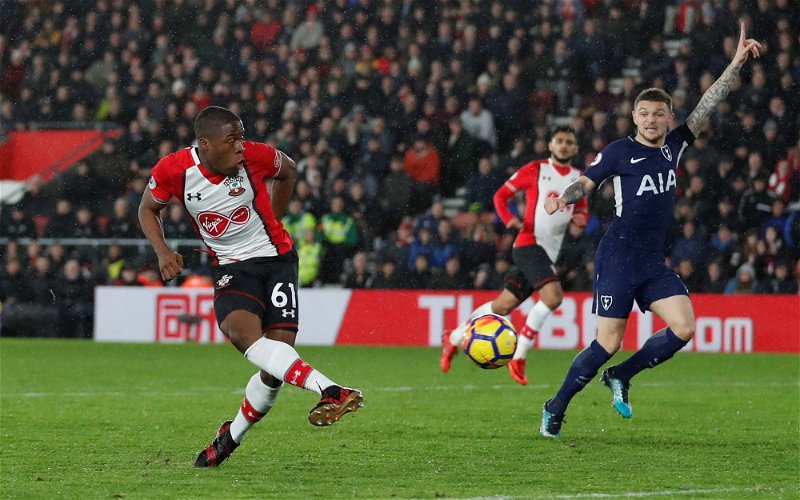 Another day and it’s a fresh striker link on the transfer window rumour mill for Aston Villa – this time young Republic of Ireland and Southampton attacker Michael Obafemi.

Having come through the ranks as an Academy graduate, the 20-year-old made his first team debut back in January 2018, and he’s now racked up 13 starts with 20 further showings from the substitutes bench (returning 5 goals in total) – he did spend a chunk of time out injured though or he would’ve undoubtedly played more.

The original link comes from The Sun, talks of a £10million fee and namechecks West Bromwich Albion as also having an interest in him.

The curiosity here is Ralph Hasenhuttl uses him regularly from the bench, and has spoken about how he wants to see the single capped youngster develop in the future, so it feels unlikely that they would sanction a sale and although I’ve been impressed with him watching on the telebox, whilst he offers a bit more of a goal threat than Keinan Davis, he doesn’t have the same sort of ‘target man’ attributes that Davis does – so I’m not sure it would actually be an improvement in reality.

As a signing for 12 months down the line and a backup option, yes, our interest would make sense then…but not as somebody to lead the line next year.

Would Obafemi Be A Decent Addition At £10m?

Errr maybe pass on this

I would love to see him in a villa shirt

Worse than Keinan and Samatta, so no point

People saying no but he’s like 20 and is actually decent.

Good player but not what we need now

Obafemi could be that striker. But only in addition to Watkins and the wingers. Obafemi’s decent and a good prospect but we need to show Jack and others that we are looking at moving up that table and fast.

This is an odd. Their coach likes him. Comes off the bench quite a lot. A 10 mill bid might get him. As a squad option he is decent. Definitely not a first choice.

Be massive if true! we'd have another Irishman in our team!! Highly doubt it'll happen though. We're in bad need of a striker though.

Not what we need now

I love Obefemi’s game. He isn’t leaps better than Davis and Samatta but is def leaps faster than both: I’d be for this move but there will still be a need for a main striker bec he won’t be the solution.

I would definitely take him onboard he’s scored a couple of goals and gets assists, I think he would be a great asset in the future!

Would be a very good fit, Villa desperately short of pace in their front 3.

“Most Convenient” – Journalist Tips Villa To Complete Signing Next Week