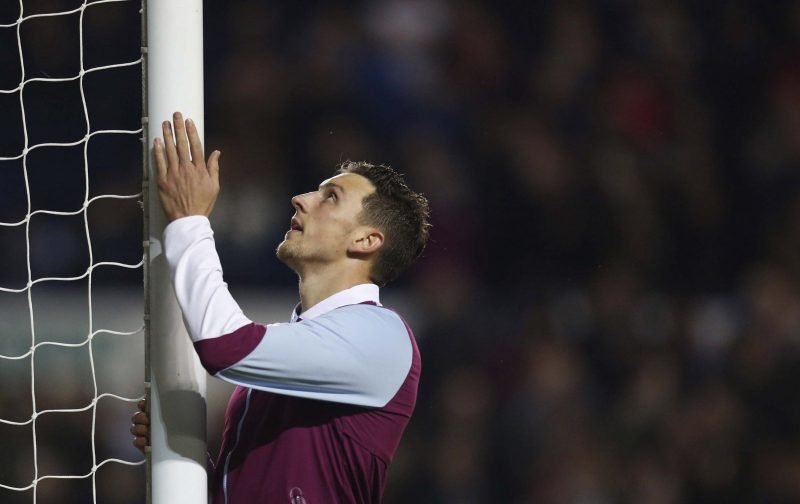 Tommy Elphick has admitted he’s not thinking about returning to Aston Villa and is instead fully focused on doing well for Hull City. Steve Bruce loaned the centre-back out to Hull before his departure from the club, leaving Villa with only James Chester and Axel Tuanzebe as natural centre-backs.

New boss Dean Smith recently admitted he was considering the prospect of Elphick being recalled from his season-long loan spell at Hull, as he’s hunting for a central defender in January. Smith added that he was considering bringing Micah Richards out of the cold and could sign James Collins on a free transfer.

Elphick has been in fantastic form for Hull this season, so naturally there has been a lot of talk about him coming back to Villa to provide competition for Chester and Tuanzebe. The 31-yerar-old, however, isn’t paying much attention and wants to repay Hull for their faith in him.

Elphick said to Hull Live: “I’m so appreciative of the gaffer giving me this opportunity to get myself going again. I just want to repay him for the platform he’s given me. I promise you, I read things and see things, but it hasn’t crossed my mind (about going back to Villa).

“Perhaps people are putting two and two together and coming to five. For me it’s just about the next game and improving what I’ve done so far. Yeah, I’ve had a couple of conversations.

“It’s the human element that goes so far with me, which is why I’ve come to Hull in the first place. Although I’m out of contract in the summer and my loan runs until then, they could quite easily have brushed me under the carpet and not given two thoughts about me.

Elphick initially joined Villa from Bournemouth in 2016 and has gone on to make 35 appearances in all competitions. The defender had struggled for form at Villa Park, leading to him being loaned out to Reading for the second-half of last season.

He could be set to make an incredible return, however, as Smith weighs up all the possibilities to strengthen his options at the back. It wouldn’t go down well with Hull though as Elphick has impressed in his 11 games on loan. He may not want to return if he’s not guaranteed a starting place either.