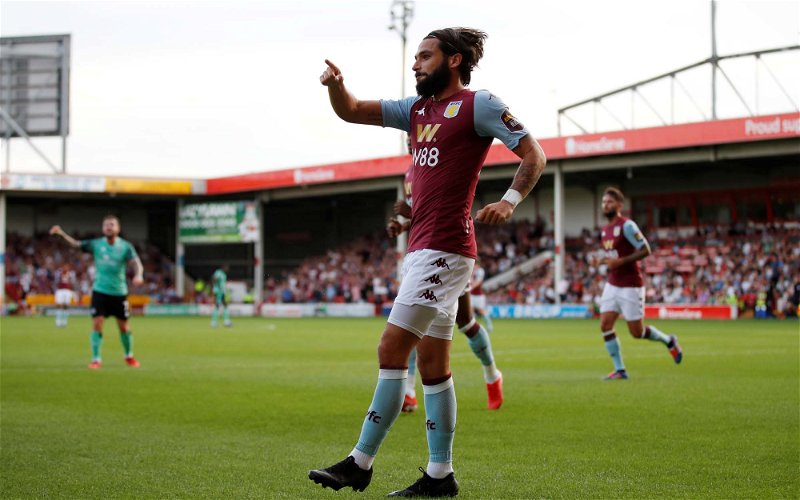 Earlier today, Aston Villa confirmed that Jota had mutually agreed to terminate the remainder of his contract with us, and the Spaniard has now departed the club as a free agent.

Having arrived in the summer of 2019 as he reunited with head coach Dean Smith, the 29-year-old went on to make a total of eight starting appearances for us, with a further eight showings from the substitutes bench – returning one goal.

His time at the club didn’t go as many hoped, namely down to him playing through the pain barrier for us before finally getting his double hernia issue sorted and in many ways, with our more recent signings, I guess we’ve just naturally moved on.

He was due to be out of contract come the end of the season, so he has plenty of time to get himself sorted with a new club now so he can enjoy far better game time in the second half of the 2020/21 campaign.

Having featured against Stoke City on Thursday, this development certainly wasn’t expected.

Good luck to the lad.