Plenty Of Positives From The Victory Over Hull City. Let Us Know How The Players Rated For You 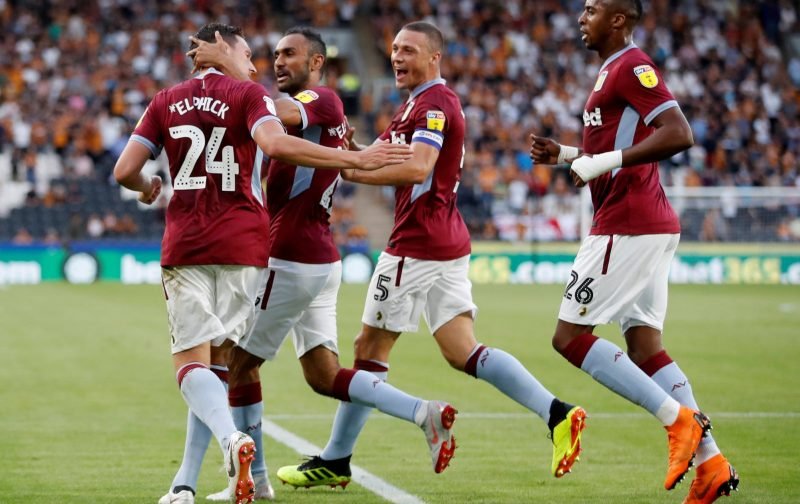 This is something a bit new to Vital, a nice rate the player widget. Now we have it set up, we’ll get these out much earlier after a game but still worth doing for the excellent win against Hull City on Monday night.

There are a good few performances for me.

Jed Steer, who some seem to have doubts about, had a commanding game. Even coming out to punch the ball away that led to the Hull goal at least showed he wanted to command the box. Not only that but surely Tommy Elphick should have been able to head the Hull shot away from danger? Not slating Tommy though, he used his head at the other end to make up for that not long after, so not a total disaster from him either.

I thought Ahmed Elmohamady had one of his better games and his goal was so well taken. And of course Alan Hutton, as always, put in 100% and got one of his very rare goals. And to be fair, what a great goal!

You can see the goals and match action in the article: Boom. Aston Villa Did That At A Canter. So Much More To Come and match stats here.

We have some key information and stats on Hutton: Click Here

The strange thing with the 3-1 win is that we didn’t actually play that well, as Steve Bruce said in his post match interview. That has to be a positive doesn’t it? We started slowly last season, this time around we’ve got off to a flyer results wise and still have room to improve and more players likely to be incoming this transfer window (which does slightly confuse me with the FFP restrictions I have to admit, but hey ho, that’s not for me to worry my pretty little head about.

Who else played well? Let us know in the article comments and please give us your player ratings:

Join in the prediction league with week two here