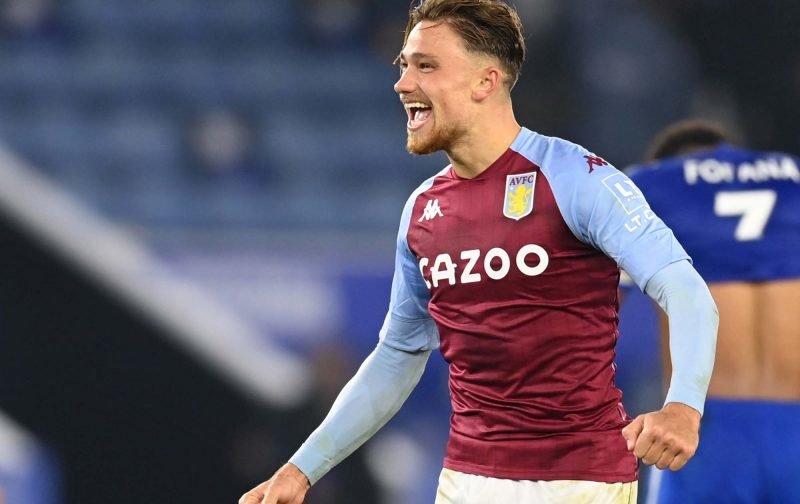 With Aston Villa fans seeing summer signing Matty Cash limp off just after the hour mark in the tough draw with Brighton and Hove Albion last weekend, most expected that his hamstring issue would keep him out for a couple of games, and as head coach Dean Smith previewed the upcoming Leicester City clash, sadly, he confirmed just that.

A catch-up with the boss! 🙌

Cash himself had also taken to social media to announce the injury.

Little set back for a major comeback, I’ll be back stronger 💜💪🏼 pic.twitter.com/fI9FBIxPw8

Quoted by the Express and Star, our gaffer said of Cash’s issue.

“Matt has a hamstring strain. I am not sure the grade but it will mean a few weeks out, which is a blow for us. But it is something we have been good at dealing with so far. We have not had too many injuries but when we have people have come in and done the job for us.”

All eyes to Ahmed Elmohamady who’ll now have a small extended run in the team whilst Cash recovers and gets back to fitness.

As for Leicester more directly, sitting third in the table, they are again impressing so Smith knows this isn’t going to be an easy one for us, but we simply have to be a lot better than we were at the last few times of asking. We know we can be, we have to get back to those levels.

“I had them down as Champions League qualifiers last year and if it wasn’t for Lockdown, I think they would have been. The break hindered them and they missed out on the last day. They’re having a very good campaign again and I expect that with Brendan in charge. Very good coach and very good players is a recipe for success. It’s no surprise to me how well they’re doing. We had a really close game against them at the King Power, where we managed to score in the last minute and take all three points. I expect a really tough encounter again.”

A repeat of the last one with all three points would be nice after the run of form we’ve had in recent matches, but at least we know what to expect from Elmo and few would expect him to let us down here.

Much like previous games, it more depends on whether midfield click and perform right, as we know what Leicester’s threats are.