Rowe Sails Out For An Adventure On Loan Away From Villa 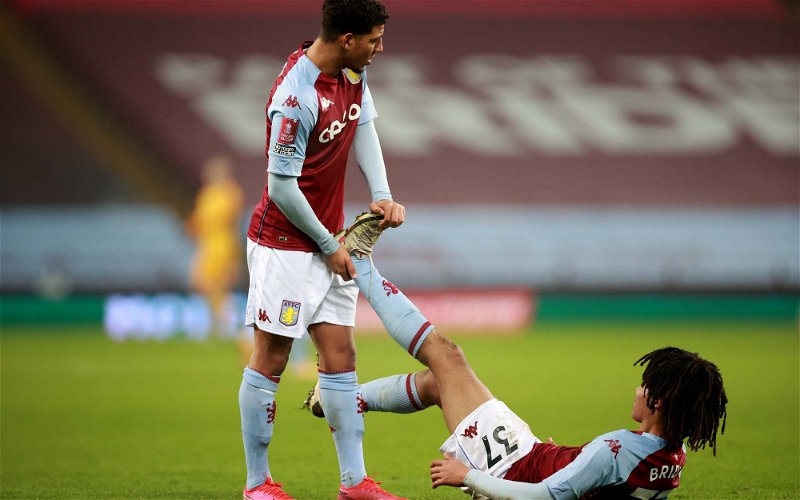 Another day and another promising Aston Villa Academy graduate has secured himself a loan spell away from the club for proper experience – this time 21-year-old versatile left back Callum Rowe and his destination is Hereford FC until the end of the season.

All the best at Hereford, @CallummRowe99! 💪

Having come through our ranks, fans will remember that Rowe made his maiden senior debut for us in the FA Cup clash with Liverpool the other week, and he picked up his first senior assist as it was Rowe who put that sublime ball through for Louie Barry to put the cat amongst the pigeons.

Hereford are sitting in 14th place in the National League North division and not only should it be a good experience for him away from the trappings of Bodymoor Heath, hopefully, it’ll also return some good game time for the lad as he looks to kick on to the next level.

It seems plenty of fans have high hopes for the lad and there’s an expectation he’ll do well in his first spell in senior football.

That Liverpool game really put them in the shop window. Great news for their development

Good to see the lads going to gain experience

He has got a great future ahead best of luck son

Fantastic player well done for having the balls to getting out there and proving your self pic.twitter.com/Pu3k2qjV9J

Good luck to him, like Revan among the older players in the U23s so really needs to be playing men’s football, they aren’t much younger than Konsa and Luis so these next 6 months are important for them

“We’ve been looking at Callum for a while now and watched the Liverpool Cup game with interest. He had a great performance and showed his quality up against the likes of Mo Salah. He’s a player who has an eye for a pass, he’s good at one-v-one’s and I am sure he’ll add a great deal of quality to the team. We’re going into a period of games that sees us playing Saturday, Tuesday, Saturday, Tuesday, so we’re going to need a full-strength side.”

Certainly sounds positive from a game time angle, especially if they’ve been after him for a while.