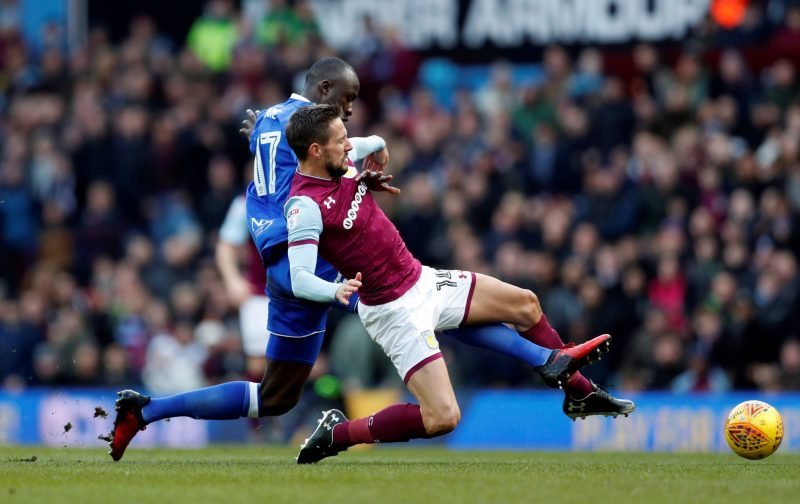 Conor Hourihane was heavily criticised by some supporters after Aston Villa lost at home to West Bromwich Albion on Saturday. The 28-year-old has been a regular under Dean Smith this season, but he’s struggled for consistency and was singled out by supporters on social media after his latest below-par performance.

Hourihane was poor today. Has been for a few games, but he’s not the reason we are in this position. If anything he’s stats for goals and assists this season is decent. #AVFC

Disappointing yet again.
Hourihane, Hutton and Elmo all need to be dropped. Should have played 4-4-2 from the kick off. Albion did nothing all game just 2 lucky goals. #AVFC

Hourihane has been poor?!? And in other news the sky is blue #AVFC https://t.co/46ogZAdtmr

Drop Elmo, hourihane, whelan, Hutton and play some of the kids. They couldn’t care about the club and just running down the clock on their deals. This is Bruce’s doing not Smith…..#avfc

Hourihane and Whelan can't both play in this Smith formation. Clueless side without Grealish. Defensively terrible – remind me why we wanted Elphick back? #avfc

Hourihane should never put the shirt on again. #avfc #coward

What a shocking 60 mins from Hourihane. I’m usually a fan as he gets a decent amount of goals and assists from set peices but he was atrocious today. One of worst CM performances I’ve ever seen #avfc

Hourihane is having an absolute stinker. #AVFC #UTV

Against Albion, Hourihane failed to register a shot on target, failed to win an aerial duel and failed to make a successful dribble. The midfielder created two chances, completed 80.7% of his 31 passes and whipped in seven crosses on the day, but he was hooked off after an hour for 17-year-old Jacob Ramsey – pretty telling move from Smith in a Midlands derby.

Hourihane has played in 32 of Villa’s 33 Championship games this season, contributing an impressive 13 goals in the process, but his place in the side might be up for grabs if he continues to underperform. The Ireland international was sarcastically cheered off the pitch by supporters against Albion – a real low for both parties.

He’ll have to wait until the Midlands outfit lock horns with Stoke City on February 23 to put things right.