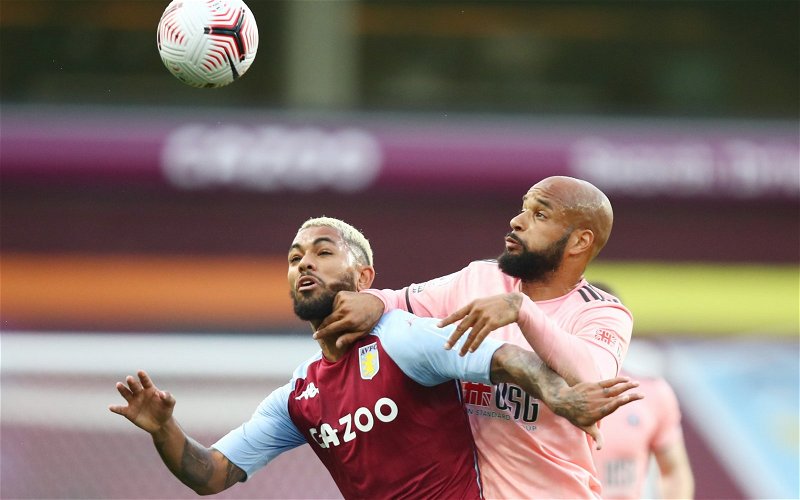 Anwar El Ghazi. The 25-year-old right-winger has his critics – and his fans, especially in Tyrone Mings who rebuked ‘Villains’ (it is Villans btw) for social media trolling (sad people) following an average performance v Stoke City. Although, to be fair, he has had his own issues with the flying Dutchman (one for people of a certain age). Smith is quoted as saying he hoped his match-winning performance v Wolves would boost the players confidence (and said he wished players would come off social media – I tend to agree!). He is one to keep, unless we buy better, isn’t he? I can’t find the quotes, it might have been a verbal interview, or a commentator, but I’ve seen his technique praised when he’s on song. 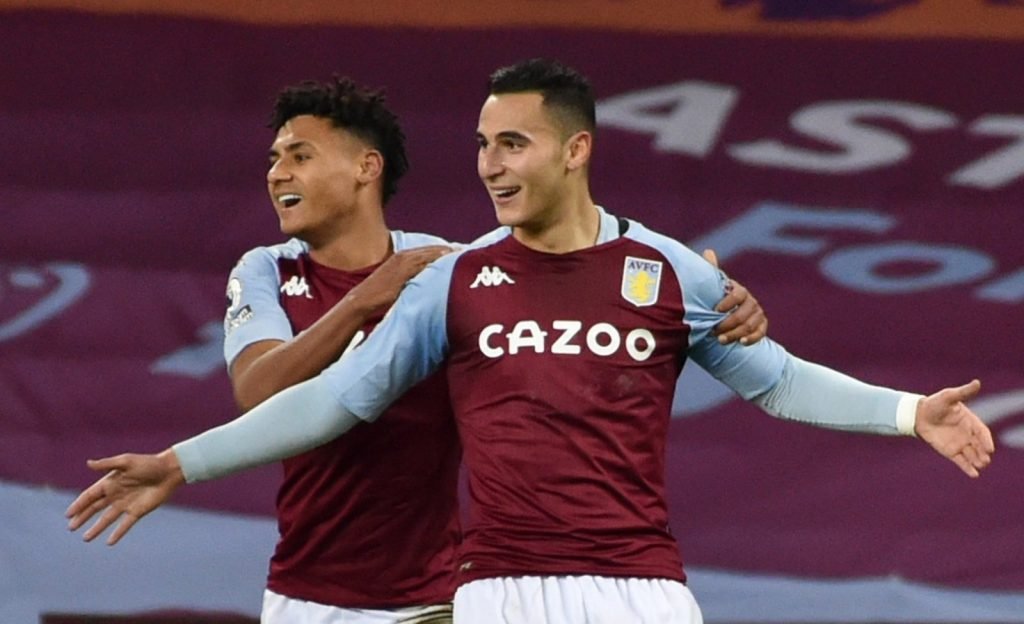 As said, unless we replace with better, I’d keep.

Our French 25-year-old right-back, Frederic Guilbert, bought from SM Caen January 2019, is currently being linked to an exit with Cardiff City said to be interested along with Turkish champions Istanbul Basaksehir. Matty Cash, and Elmo are both ahead of him in the pecking order, so a sale makes sense for him and for us. With that said, if Elmo goes this summer, we might need cover? Or another new full-back signing!

Goalkeeper Tom Heaton. Was the best signing for our first season back in the Premier League I think. I kept banging on (and on, and on, and on) about needing experience and along came just that, in the shape of safe hands Heaton. However, after a bad knee injury, picked up at his former club Burnley in January 2020, we lost him for the rest of the season. Now we have Argentina No1 Emiliano Martínez who has made the position his own. Will Heaton be happy, after such a long period out injured, to play second fiddle? Doubt it, not at the age of 34. Strangely, as they let us grab the fantastic Martinez, Heaton is currently being linked with a move to Arsenal.

I’d be delighted if he wanted to stay and be goalkeeper cover, but wouldn’t blame him at all if he wanted to move on for first team football (one assumes that would rule out a move to Arsenal though).

30-year-old goalkeeper Lovre Kalinic. Currently on loan at Hajduk Split. And that is all I have to say, I have no idea, I have lost count of the goalkeepers we’ve had in recent years. I’d rather have Heaton as back up though.

Ezri Konsa. I made my feelings clear in the article, Villa Man Goes Under The Radar But In My Opinion Is Our Best Defender. Our 23-year-old centre back, signed from Brentford in 2019, is going nowhere, I wouldn’t be at all surprised to see him rewarded for his current form with a longer, better contract. I also expect to see him in an England shirt one fine day. Forum thread: Ezri Konsa discussion… 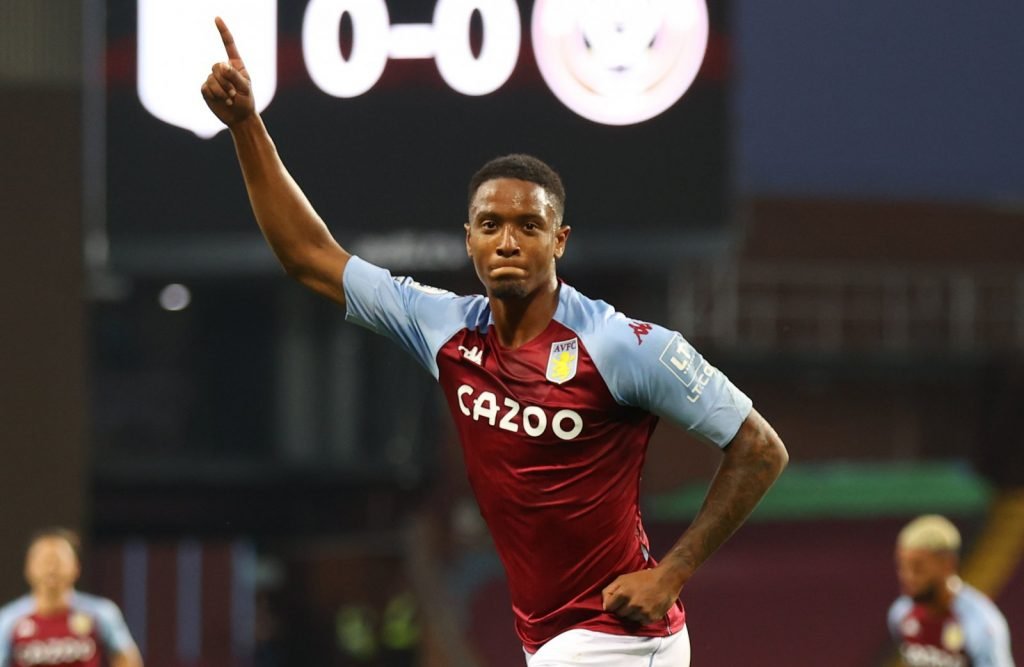 22-year-old midfielder Douglas Luiz. Signed from Manchester City for a reported £15million the Brazilian international oozes class. My only criticism is he does go down too easy and, how can I put this diplomatically? Has a penchant for theatrics (in no diplomatic parlance, diving). There is talk of a £30million (and rising on appearances) buy-back clause for Manchester City, but Dean Smith doesn’t appear to be worried by it and says the midfielder is loving his time at Villa. Why wouldn’t he?! He’s an obvious one to keep.

Jed Steer. Ha, I’d forgotten about Jed. Yes folks, yet another goalkeeper. The 28-year-old has dropped right down the pecking order. I guess everything depends on what happens with Heaton, as to whether Villa look to keep Jed as our number two? He came to the club, from Norwich City, in the summer of 2013 and has spent a hell of a lot of the time out on loan. (Doncaster, Yeovil, Huddersfield, Charlton). As Wiki say…. he quickly became first-choice keeper for Dean Smith, which saw Steer become part of a record-breaking ten-league-game winning streak for Aston Villa. Steer starred in Aston Villa’s Championship play-offs semi-final win against West Bromwich Albion, saving two penalties from Mason Holgate and Ahmed Hegazi in a 4–3 shoot-out win to help send Aston Villa to the play-off finals for a second consecutive year. So when called upon, and when fit, he’s not let us down.

For me, he’s a keeper. But I’m not sure if we should keep him. Come on, you’ve missed my amazing humour in my absence haven’t you? Ah right, that’s a hard no then is it?!

25-year-old left-back Matt Targett. Signed from Southampton in the summer of 2019. I think he’s come on leaps and bounds this season after, I think it is fair to say, an up-and-down first season in the Premier League for Villa. Some fans have been happy to continually moan about the player, but he’s full-bloodied and never wants for effort. I’d keep, no doubts. See forum thread here... 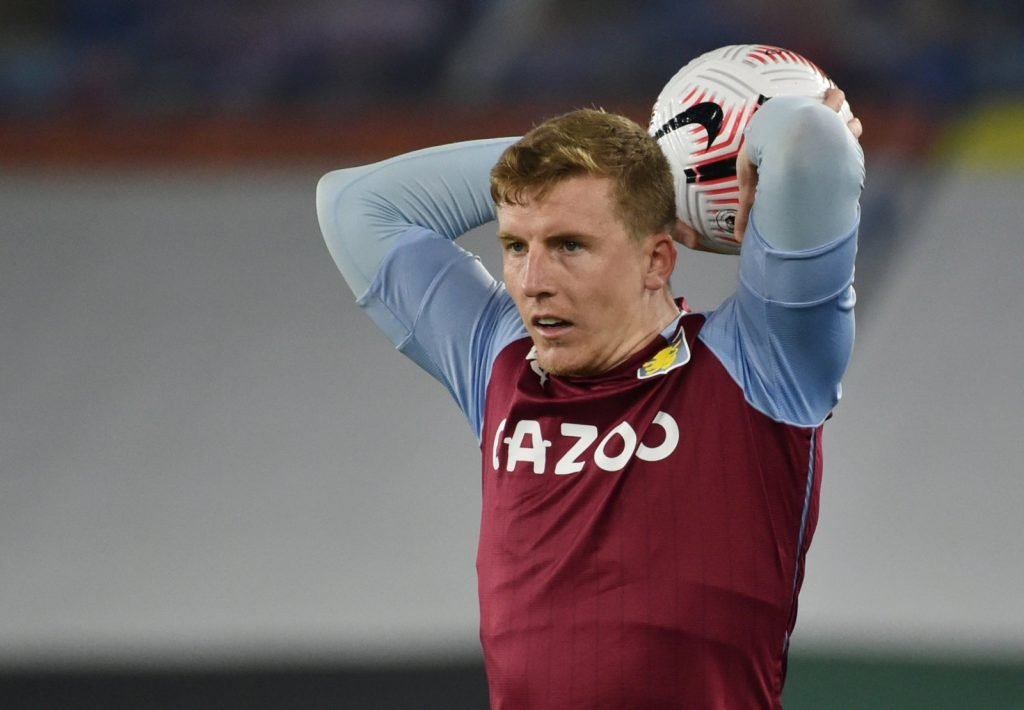 26-year-old left sided winger Mahmoud Hassan Trezeguet. Just recovering from a hamstring injury and recently tweeted he’s one of the squad who have COVID. We bought the Egyptian from Kasimpasa, for a reported fee of £8.75million. I have no real idea on this player, I would think that if he can be moved on at some point, he will be. Thoughts?

Another One Bites The Dust – Bottom Three With 20 Games In Hand? Updated