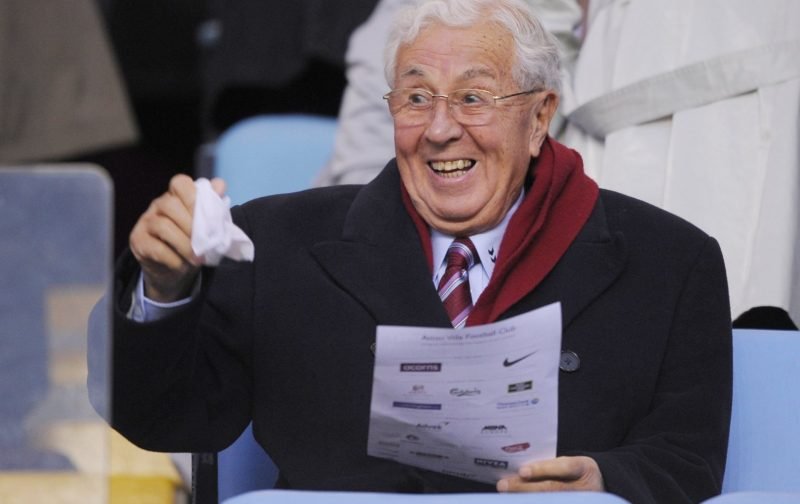 After a later than expected evening last night with the appointment of Dean Smith and John Terry at Aston Villa taking me by surprise, I wasn’t expecting to start my day properly and have to write about the sad passing of Sir Deadly Doug.

I guessed, following our triple appointment that our long-term chairman would be in the news today offering his thoughts on the arrival of our new trio, but certainly not this.

Doesn’t matter where you really stand when it comes to Doug’s history with the club, relative successes and all of those old debates – he remains a fixture in that history and for the vast majority of fans, criticism wasn’t personal, it was about wanting the best for Villa.

Many fans carry their own fond memories of the man from conversations with him and as you can imagine the messages have flooded in, following the news breaking, from fans, club legends and those in the wider game.

A minute’s silence will take place at Villa Park next Saturday ahead of the Swansea City clash in his memory and players will be wearing black armbands.

Thoughts naturally turn to his family and friends and having known what Doug was truly like more than many of us ever will, I imagine this makes them smile as much as it still makes me and many of us.