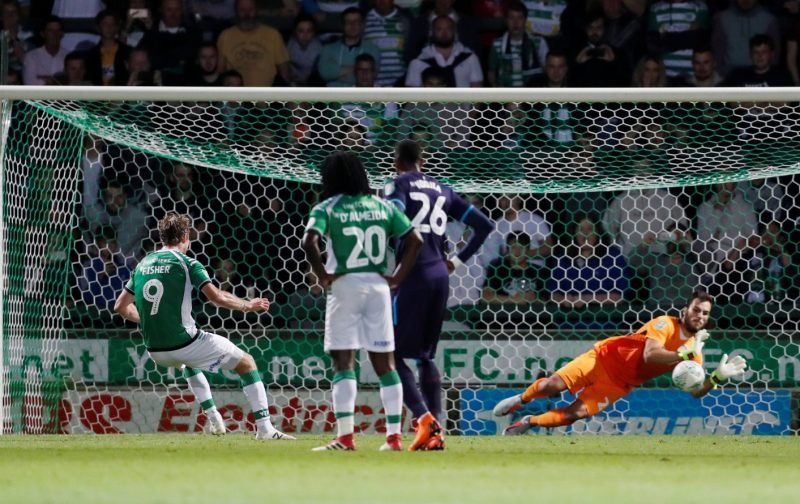 Fresh from the cancellation of the deal for on loan Everton winger Yannick Bolasie, it was being reported yesterday that Aston Villa head coach Dean Smith was now on the verge of sending back another mindless temporary capture.

Goalkeeper Andre Moreira arrived with little fanfare back in August as former manager Steve Bruce began stockpiling certain types of players after becoming well stocked at right-back and the deal from Atletico Madrid made little sense to anyone.

Few had heard of the Portuguese 23-year-old prior to his arrival and it’s not unfair to say fewer have heard of him since he arrived with two failed and uninspiring EFL Cup outings to his name this season. Few came out of the Yeovil game with any credit, and few after the defeat to Burton Albion.

With half a team’s worth of senior goalkeepers on our books (Financial Fair Play anyone?) the Birmingham Mail were reporting that talks to return him to his parent club were now advanced and he was on the verge of coming off our books.

Not before time in many ways and people involved in some of our transfer business over the last few years should be hanging their heads in shame.

The fact this deal, in some quarters, is again being presented as the player ‘cancelling’ the deal just proves to me, Smith and Christian Purslow are bending over backwards for them to save some face given largely pathetic showings.