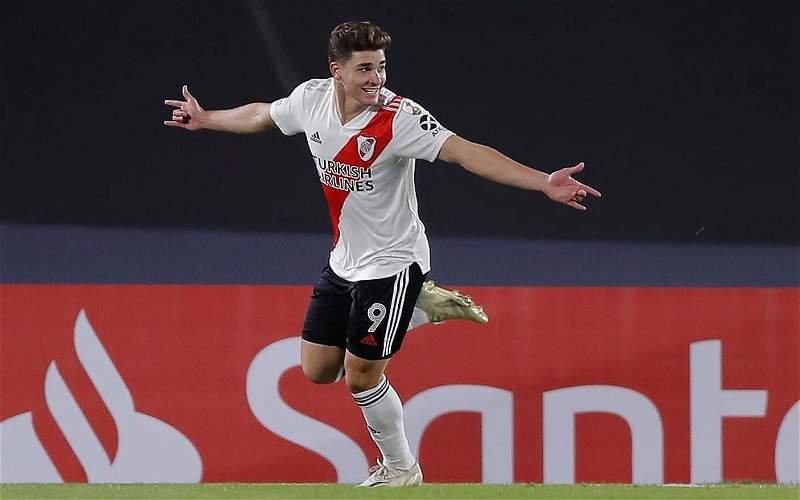 With Aston Villa already making moves in the summer transfer market as we prepare for the 2021/22 campaign, fans have already seen the arrivals of Emi Buendia and Ashley Young. We also see ongoing speculation linking us with James Ward-Prowse and Emile Smith Rowe and we can now add River Plate and Argentine international attacker Julian Alvarez to our list of potential targets.

Calciomercato have exclusively claimed recently that the 21-year-olds agents have now travelled to Europe to hold talks with both Villa and Ajax over a potential move before the season starts.

Alvarez is extremely highly rated it seems, and although he’s spent his entire career with River Plate, he has already made his debut for the international side. He came on as Angel Di Maria’s replacement in their June World Cup qualifier against Chile. Prior to joining River as a kid, he also had a very successful trial with Real Madrid, but age restrictions prevented him from ultimately signing for them.

For £15m Is Alvarez Worth A Gamble?

Why Not, Could Be A Future Star

No, Not For Me, Stick With Experience

Given the high hopes for his future, and with a good season under his belt (20 games, with 11 goals and assists) the fact Calciomercato claim that he’s available for as little as £15million, there will be plenty of fans who feel he’d be a gamble worth making.

The fact he received extremely high praise from international striker Gonzalo Higuain when it looked like he might join Juventus last year, will only excite Villans further.

“I have a soft spot for Julian Álvarez. I really like how he plays and he has great potential.”

Like all rumours, we’ll have to see what happens here and the only thing that really matters is ‘in the shirt and on the pitch’.