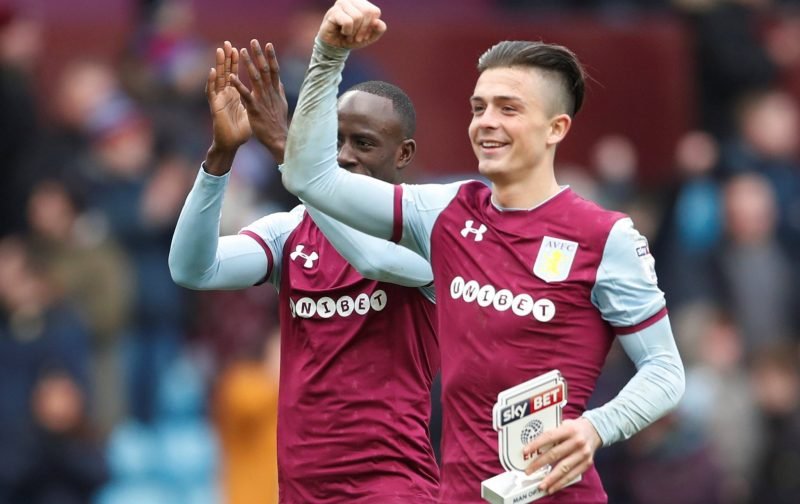 With Saturday seeing a double friendly for Aston Villa as Steve Bruce took the opportunity to get minutes into plenty of players as we open the game portion of our pre-season preparations at New Bucks Head and Aggborough, fans were quick to take to social media to respond to the results.

One group headed to Telford United and took a 3-0 win, whilst the others secured a 1-1 draw with Kidderminster Harriers.

Missed that match day feeling.. nice to get a run out today & get some minutes in the bank ⚽️ pic.twitter.com/PFYz3lyBBn

Jack Grealish was in action with the Kidderminster Harriers set of players and with links continuing suggesting he’ll move to White Hart Lane and Tottenham Hotspur this summer following our financial fall out from failing to secure promotion back to the Premier League, the main talking points following the games were obviously centred on him.

With plenty fearing that it could, in fact, be his final game for us depending on how quickly Dr Tony Xia takes Spurs money when they offer a sum he sees fit to accept to paper over the cracks of his own causing, it’s understandable as to why that became a big topic for fans.

Especially as some Tottenham fans took the opportunity to sell the club to him – it’s fair to say one conversation got a little weird.

Would love u to come to spurs

Giving Jack those come on eyes, I know your sort.

He’s an amazing player I’m also old enough to be his mom ????if he stays with u guys I wish u well for next season I for one wanted villa to get promoted last year.

Ok I’ll allow some mild flirting seeing as you’re being so nice.

White looks good on you.

Euro 20 Poch will get you to it, no one else

you coming spurs then Boy?

See you in a spurs shirt soon

But that’s enough of their nonsense, even though it feels inevitable.

If you go good luck to you Jack, just make sure its not to a club where your going to sit on the bench forever and when ur not playing the chairman refuses to let you leave go unless he makes a massive profit on you! The traffic is also shit in london!

Thanks for everything jack UTV

If he goes to to spurs it’s because he has to, because of his & ours clubs situation but his heart bleeds claret & blue never forget that cockney trolls

Jack if you could give us one more year with SB wheeling and dealing that would be great but understand if Spurs come calling ????

Stay at the Villa. We need you

Take care jack and thank you for everything