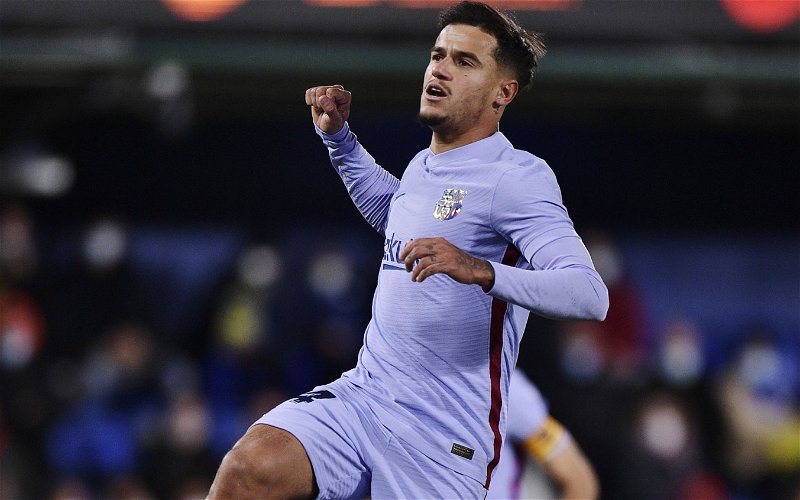 I’m not a great one for overhyping things, but the more I have thought and spoken about Aston Villa’s latest signing, none other than the third most expensive footballer ever – Philippe Coutinho – the more excited I get.

Myself and Liam talked it over in our latest podcasts:

And as I say in those this could be the signing that defines the next ten years for AVFC.  We have now opened the door to doing what some of us have banged on about doing for two decades or more, i.e. don’t just talk about being a big club, ACT like a big club.

This signing, which looks like a stroke of genius by Christian Purslow (I shall explain!), shows true ambition, and I would imagine it is fair to say that it has happened specifically because of the profile and standing Steven Gerrard has in the game, and within the top tier of players like Coutinho, obviously helped by them being former team mates and friends.

The genius from Purslow?  Well, this player cost Barcelona £142million from Liverpool.  We are now getting a try before you buy, to make sure he is fit, happy and still has the magic that could propel Villa into the next level of the Premiership.  And if he does prove a hit, we get him at a knock down price of around £33.4million.  This is a player who has scored at the World Cup and won the Copa America with Brazil, scored in the Champions League, played with the elite at Barcelona, helped towards a treble season for Bayern Munich and so famously graced the Premier League with Liverpool.  And we have him… now on loan, and if we want, for a cut down price, on a permanent.  As said, genius!  And if the move doesn’t work out for him, for some reason, we have at the very least opened the door to other top quality players who can now see Aston Villa is, once more, a genuine location to consider.

A Look Back, A Look Forward And A Look At A Link To A World Class Player