Okay, we all know the Aston Villa v Derby County Championship Play-Off Final next Monday isn’t going to be quite as easy as the headline implies, but there’s every reason for optimism and it seems that on loan Bournemouth centre-half Tyrone Mings shares in that optimism.

Having been a colossus for us since he arrived back in the January transfer window, the 26-year-old defender has quickly worked his way into the hearts of fans for his commitment and determination, and yes, there have been a few wobbly performances along the way where he hasn’t lived up to his own self set standards, but that just proves how well he has performed since coming in.

For many fans, he is absolutely the number one signing we must capture this summer before anyone else. 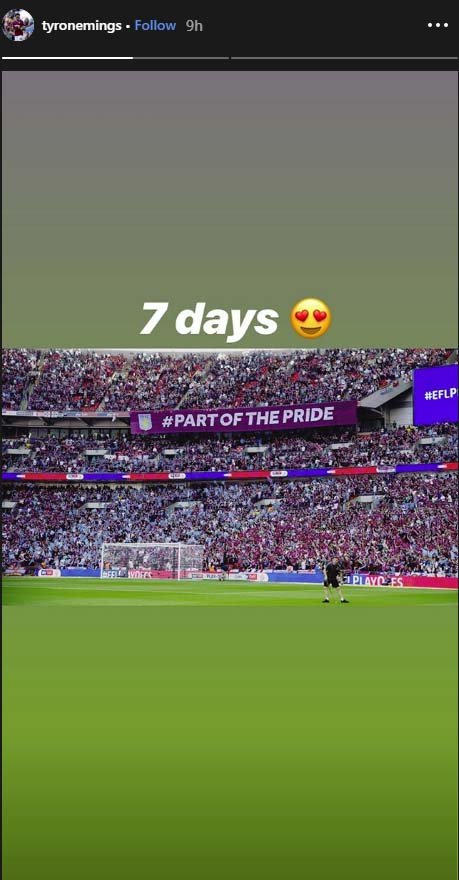 The second half of his post was another mini highlight reel from his time at the club but I’ve no idea how to embed that so you’ll have to search it out for yourselves!