Should They Stay Or Should They Go Now? Villa Players Coming To The End Of Their Contracts (2019) 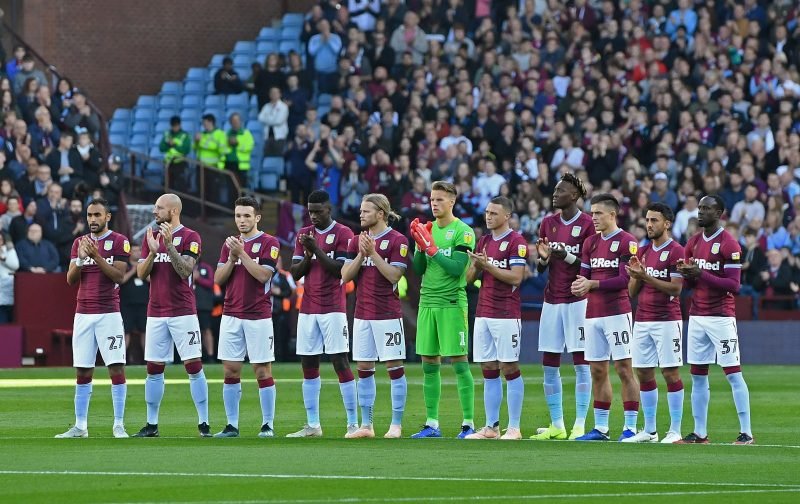 I was just looking at where Aston Villa stand with contract dates. I don’t get out much!

Looking at June 2019 it looks like there are a few decisions to be made.

Can we keep any of them? Well, I would imagine that would depend on whether we get up or not.

Bolasie looks a great player IF fit. Very tricky for defenders, likes to get forward and hopefully a goal or two in him as well.

Tammy Abraham. Would he have a future at big spending Chelsea? Doubt it. He’s proven he can score for us though and he seems to be enjoying his time here.

Axel? Not sure, I can’t see that he’d be going back and having a chance at Manchester United. He does seem to be learning on the job with us, he could have a very bright future, but I guess I am thinking that we have just leaked 5 goals!

Anwar El Ghazi? No idea. Really I haven’t. He looked lively coming on v Forest the other night.

And then the big questions… I think this is where Villa clear out a hell of a lot of deadwood and high wages.

Alan Hutton. I’d give him one more year, he’s 34, playing well (!) and can be utilised at both left and right back.

How do you like your eggs Alan Hutton https://t.co/evWYznzhty pic.twitter.com/v73436G2k3

Tommy Elphick. He’ll not be back at Villa. Currently on loan at Hull City, I can’t see that situation changing in January.

Jed Steer. On loan at Charlton Athletic at the moment. When fit, he has had problems, he’s head and shoulders above Ørjan Nyland. Will be buy another keeper and let Steer go? Only Dean Smith knows the answer to that. I suspect we might not see Jed again.

Mark Bunn. Surely he’ll be in goal v Boro? He’s just turned 34, I’d not expect him to get a new contract, surely if you wanted a back up keeper, you’d go with Steer instead?

Micah Richards. No brainer, he’ll be done and indeed dusted. Much maligned for being on big wages and not playing, however, injuries happen and anyone who thinks (I’ve seen a fair few say it) that he should have cancelled his contract need to give their head a wobble. Seriously, this is most likely the last contract he’ll have, would you rip it up when talking about such huge sums?

Ritchie De Laet. He’s never had any luck, came with much promise, got an injury and then never held down a place. I don’t expect to see him back and the fact he is on loan at Melbourne FC says a lot about the direction of his career.

Mile Jedinak. As resplendent a beard as you’ll ever see. He’s never let us down, gives 100% but he’ll be approaching 35 come next season and as he’s not had a look in since Smith has come, shows that he’ll not be at Villa after his deal expires.

Glenn Whelan. He’ll be 35 in January, I don’t expect him to get a new contract at Villa but do thank him for mopping up numerous balls v Blues last week!

Jordan Lyden. Currently out on loan and there seems to have been no rush to sign him to a longer deal. Suggests he won’t be staying!? Forum thread: Click Here..

Also having deals set to expire next summer: