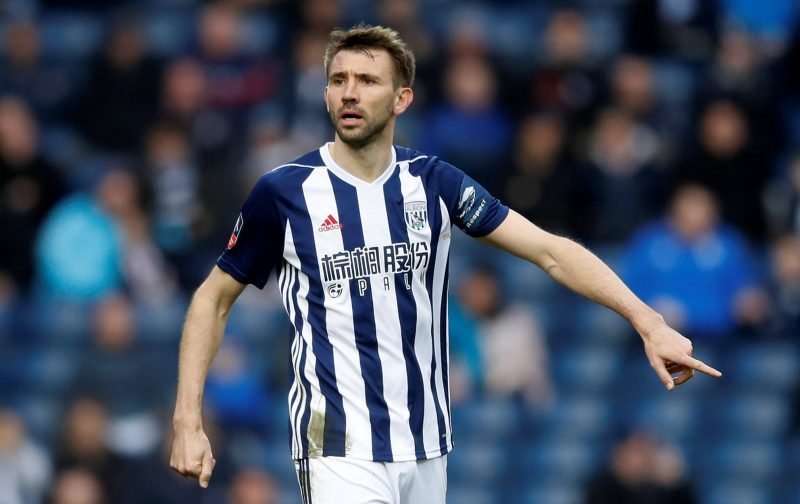 With manager Steve Bruce and Aston Villa continuing preparations for the 2018/19 Championship campaign, looking purely from a squad strengthening position, the biggest gap we have in the squad is defence following the departure of John Terry.

With Chris Samba going and Tommy Elphick reportedly halfway out the door given a speculated permanent switch to Reading, fans also have concerns that we’ll have to cash in on James Chester as well.

I know Alan Hutton gives the proverbial 150% but I’m not sure we can rely on him to fill multiple positions in a single game!

Centre-halves have been a hot topic for silly season’s rumour mill, we’ve had Michael Hefele linked, Robert Huth and some French bloke along with many more the last few weeks – and that’s before I mention Axel Tuanzebe.

The latest is former West Bromwich Albion player Gareth McAuley and the more you think about it, the more it probably isn’t as stupid a link as you’d first think.

The 38-year-old Northern Ireland international is now a free agent following his release this summer and it’s believed he feels he has one more good year left in him at least.

He’s got over 500 games experience under his belt, many times as skipper I believe, and he made 19 appearances for the Baggies and his country in 2017/18. Despite the problems our near neighbours faced themselves last season on a quick scout I can’t find a single fan with a bad word to say about his performances, professionalism and his attitude.

In fact, plenty thought he’d be worth another 12 months as an option and reliable cover, let alone for the effect he’d have off the pitch.

He could fulfil that role for us on a short-term basis, as whatever happens off the pitch this summer, we have a hole of some kind to fill financially even if it’s not to the levels the press suggests.

If we have to more lean on our youth, McAuley could be a fantastic additional voice on and off the pitch as we let the next generation find their feet, whilst cutting our cloth in the process.