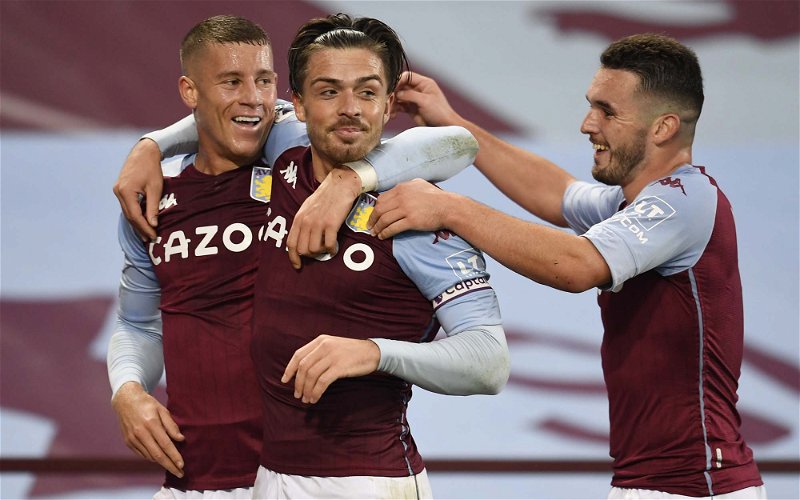 Given Aston Villa’s fantastic victory over Arsenal on Sunday evening, plenty of fans had positive reactions to the way we bounced back following disappointments against Leeds United and Southampton and our Vital Villa Match Thread was quite a nice place to be after we’d all got the VAR decision out of our systems.

Given life as a Villa fan over the last decade it makes a nice change to say that given how our fortunes have changed over the last 18 odd months.

Here are Villa 4 Ever‘s thoughts on the game.

There’s been a fair bit of stick for Barkley, Trezeguet and Targett the last couple of games before Arsenal. Last night all three put in a great performance, Targett picked out Grealish with a lovely ball from the centre for McGinn’s disallowed goal, he should have had an assist to his name for the first, along with Trezeguet being in the right place at the right time who should have had a goal to his name.

Trezeguet won the ball back on the right to fire Barkley up wide, that should have had an assist for Grealish’s effort cleared off the line. Luiz’s perfect ball for Barkley to volley a cross in (extremely hard to do) and Watkins put it away.

And then for the final goal, Watkins could have gone for the easier option and played Barkley through on goal, but a striker wanting goals (I don’t blame him!) scored a beautiful goal through the legs of the keeper, pretty much the only striking option from a tight angle.

I could talk about all the players, but you’ve got to hand it to the three players who have bounced back and, on another day, would have been on the score sheets themselves.

So pleased for all three of them, it was a proper team performance. Happy Watkins finally got some service too, and Grealish is getting the recognition – four goals and five assists in 7 games!

Man of the Match is hard to call, but I’d still give it to Jack.

Villa should have had six or seven. Amazing performance from start to finish. After a couple of humbling losses, I still think we’re value for money for a top ten finish.

Such a weird season.