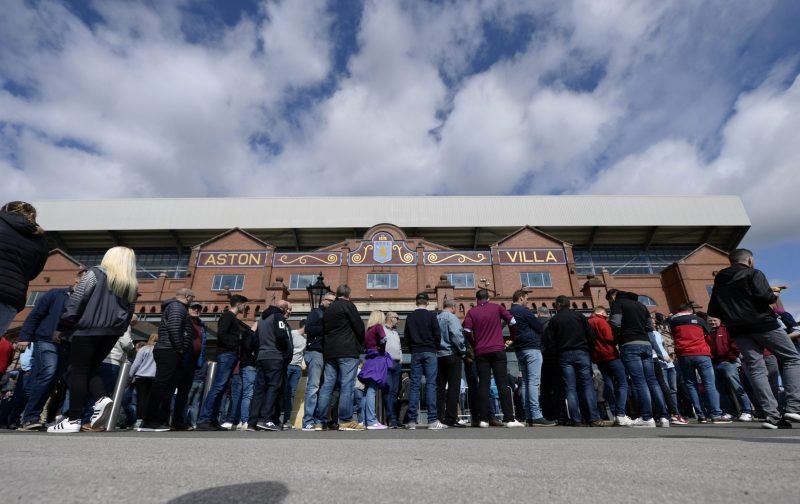 With Aston Villa fans sobering up on a Bank Holiday Monday knowing we will spend at least one more year in the Championship and the second tier of English football following the 1-0 defeat to Fulham at Wembley at the weekend, some players were quick to join the clubs’ messages of thanks for the backing they have received all season long, let alone at Wembley.

Whatever the talking points from the game, the referee, penalty shouts and red cards not going our way, it was a poor performance and if the EFL didn’t want their share of a bigger financial pie, Fulham would’ve rightly gained promotion this year anyway for their third-placed finish.

At the end of 90 minutes they deserved the win and despite second-half improvements, we didn’t.

With fans holding their own chats about the future, the club, players and the odd notable or two, offered the following in the aftermath of the result.

What unbelievable support – the sea of claret and blue was truly a sight to behold ????⚽️????

You, as always, were an absolute credit to this football club. Thank you so much ❤️️#PartOfThePride #AVFC pic.twitter.com/PR9N2SLCX9

???? "You are a credit to this wonderful football club"

???? "We had incredible support from the fans"

Absolutely gutted not to get over the line yesterday for everyone involved in this great club!! A special mention to the support throughout the season it’s been incredible.. UTV pic.twitter.com/ciosQiNlHS

Devastated as much as you guys are. We live and we learn. #AVFC ❤️????⚽️ pic.twitter.com/KozlHYfqtj

Gutted ???? Feel for Bruce and all the lads!! Have to dust ourselves off and go again next year! #UTV

1st of all thank you massively for your support this season❤️To support this club and have the passion I do for it & to come so close to playing premier league football again broke my heart yesterday????????We will learn & come back next season knowing the feeling of this???????? #AVFC pic.twitter.com/RcIjc8etdg

Gutted. ????Sorry for all fans for this difficult moment. Have to stay stronger. UTV

Thank you for your unbelievable support.

You have been magnificent all season.

We will be back.

Absolutely devastated to lose yesterday ????⚽ @avfcofficial Our goal as a Football club, players, staff, owner and fans was to achieve promotion. It kills me that we wasn’t able to achieve what we set out to do. All I can say is that we gave it our all throughout the season, had incredible support from our fans, but unfortunately fell just short. Thank you for all the support throughout the season ????????????

With Financial Fair Play set to be a huge topic of interest moving forward this summer, plenty will focus in on Dr Tony Xia’s words given the possible break up of the squad now, but others reacted in their own way – including the potential those messages were goodbyes from some.

Grealish’s future is in doubt given his performances this year and links already to Leicester City. Terry’s option was dependent on promotion and the next week will see plenty of speculation rise to the surface, whether it’s based in fact or not.

Stop saying we’ve had it. We haven’t. We are Aston Villa regardless of league. It is still my club and always will be. I was there in the old 3rd Division. I really don’t care what league we’re in. Up the Villa! #VTID

So true, im so fed up of the bruce haters n wingers, end of the day we cud av dun a sunderland. Reason y we didnt was down to Dctr tone, SB and the back room staff. We wil b back in the prem, just not next season thats all

It's about a new approach, 2 seasons of a high financial investment and big wages, including the manager, with the objective of promotion, wasn't achieved. we are now at a point where in my opinion, progress means fresh ideas and a more inventive football acumen.

What next Tony, your the good doctor!!

Please prescribe something to us all and quick

Please don't leave us hanging in our hour of need

This will make us stronger next season. Thanks Tony and Steve B, for all your efforts, getting the Villa to the play-offs UTV

I'm sure we'll get over it. We always come bouncing back. U. T. V

Stabilised club which was rotten to the core when you arrived. Could quite easily have double dipped like Sunderland have. It’s taken Fulham and Cardiff 4 years to get back to the premiership. Its progress and finally there is a connection between fans, club and players. UTV!

He needs to start instead of Adomah. Pace and youth is what our team desperately need now!

You, ohare and Hepburn really need to start next season…the young talent we have at this club and none of you can get a game ????????‍♂️ really hope we start thinking about our future and not just some quick fix to get us up

Don’t get me wrong, I’d love @JackGrealish1 to come out and commit his future to Villa. But you couldn’t blame him if he decided to move on… UTV #stayJack

Thanks for a super season from yourself conor great to see an Irishman banging in goals in the holte again it's been a while enjoy your break ????

Some clarification of next season’s plans / players / staff please

Given the club was in freefall, we can accept Saturday if @Dr_TonyXia TRULY wants to get us back into the PL and takes the 2017-18 season as a yardstick of the squad we need. Otherwise it’s all just big words and we end up like Ipswich, permanently mired in the Championship….