Surprise name could start for Aston Villa against Birmingham City 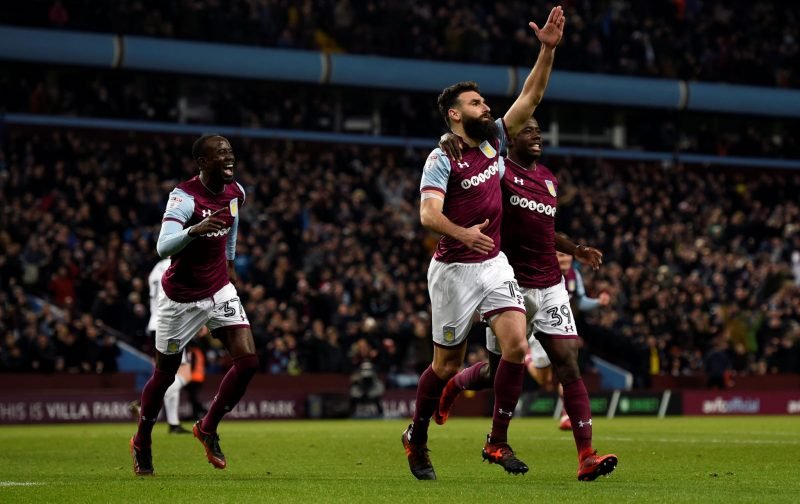 According to Birmingham Live, Mile Jedinak could find himself in the starting lineup against Birmingham City on Sunday, November 25 amid Aston Villa’s injury crisis at the back. James Chester is a doubt ahead of the weekend clash after hobbling off for Wales during the international break.

Alan Hutton has deputised at centre-back this season, but he may be forced into playing left-back for Neil Taylor. Dean Smith has a selection headache in defence and may have to replicate the decisions his predecessor Steve Bruce made due to a lack of depth.

Tommy Elphick would have been in line to start in place of Chester had he not been loaned out to Hull City at the start of the season. Jordan Amavi’s summer sale also meant there was no secondary option at left-back should Taylor succumb to injury.

Bruce playing Jedinak at centre-back and Hutton on the left was widely criticised by supporters, but Smith might have to follow suit. The January transfer window will allow the Villa boss to strengthen in key areas, but he’s force to use what he has currently.

Jedinak hasn’t played for nearly two months, however, so there are fears he could be rusty for the important derby game. If Smith isn’t convinced the midfielder can deliver in defence, he might be forced into a tactical change.