Aston Villa made the trip to the Bet365 Stadium on Saturday afternoon to face off against fellow Championship strugglers Stoke City.

Villa were promotion hopefuls again this year, seemingly based purely on our name rather than the ability of the squad to put together consistent and convincing performances and with a one all draw on the day, hopes of a Play-Off spot have to be considered over.

The squad were at their woeful best to begin with but when we did get some confidence from finding the back of the net, we ended strongly, but invention and mentality continue to be our Achilles heel.

Statistics website Whoscored weren’t that impressed with the showing on the day as we only had four players score above seven. 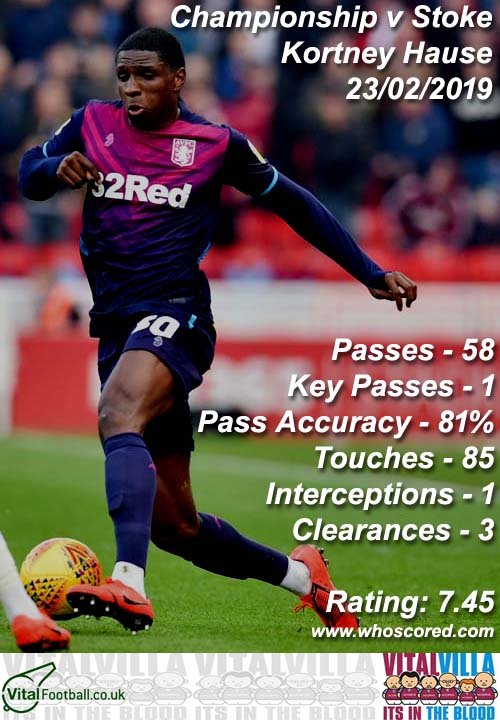 Another poor day but maybe some reasons for optimism if we take a longer term outlook.