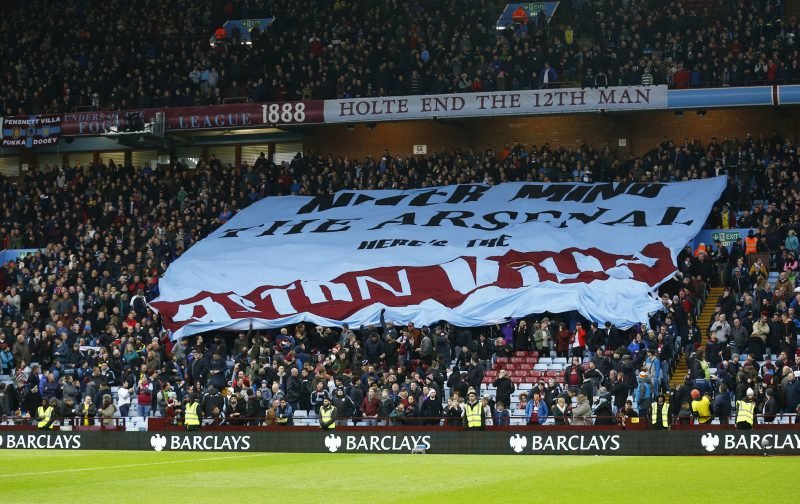 I can see no confirmation of this from the usual official channels at Aston Villa, but it was vaguely referenced in relation to our latest Under 23 game – Easah Suliman has headed out to the Dutch Eredivisie for a spell with FC Emmen.

The 20-year-old centre-half had high hopes last season as he headed to Grimsby Town for a loan, but he only got two appearances under his belt given their circumstances and manager Steve Bruce wasn’t quiet about his moans at the loan system changes as we were unable to recall him, and then get him out elsewhere.

A spell at Cheltenham the previous year was far more successful and we’ll be hoping this one is as well as he joins the newly promoted side for the remainder of the campaign.

The Birmingham Mail quote Bruce as saying about our recent loan departures.

“Mitch has gone out to Port Vale, I’m delighted for him. Easah Suliman has gone out to Holland as well, don’t ask me to pronounce the name of the team! It’s good for him – he’s a technical type of player, going to play in Holland will be good for him, and it’ll be interesting to see how he does. We’ve got high hopes for Easah.”

Holland should suit him really given the differences in style of play, and a good spell will definitely do his confidence the world of good and then we can reassess his pathway through if he’s going to make the grade.

At least we are now getting youngsters out as if Bruce isn’t going to lean on them now following our takeover, they can’t lose another season in the Under 23s.