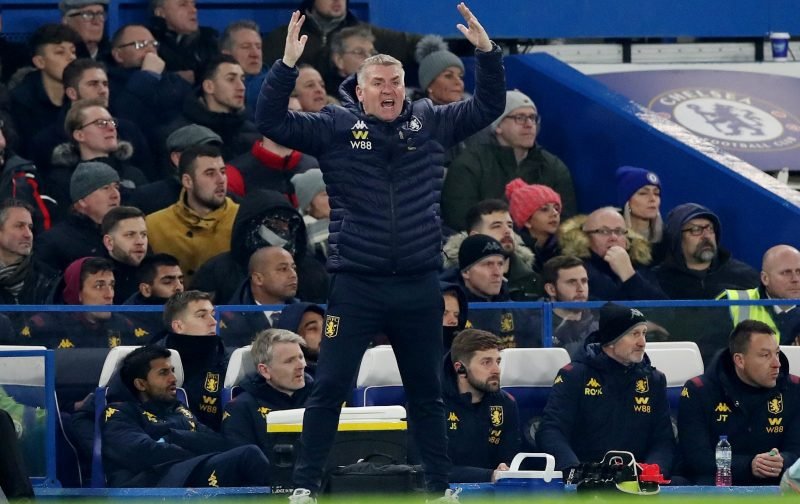 It doesn’t matter which way you cut it, Aston Villa’s defeat to Leeds United on Friday evening was a kick in the proverbials.

There’s no doubting their moments of quality, certainly their fitness and organisation under Argentinian manager Marcelo Bielsa, and even ignoring a woeful performance from the referee, the penalty that never was and the fact they should’ve been reduced to at least ten men, if not nine, you cannot get away from the fact we beat ourselves.

0-0 at the half time break, we’d had the better chances despite creating fewer and all we needed to do was step up a gear and make history.

As we know, we didn’t – we folded and there were way too many reminders of last season.

Vital Villa’s Match Thread doesn’t make great reading after the second half capitulation, but former member gmvillan did give us his player ratings at the end of the match.

Martinez – 6 Couldn’t do much about the goals and did reasonably with crosses. However was too ponderous when he had the ball.
Cash – 4 Didn’t get much help on that side, but was toasted by Harrison all night long in every 1v1. His positioning was terrible – he was neither too close to prevent Harrison from getting it, nor deep enough to deal with him when he did.
Targett – 6 Not much came down his side, but was adequate and did make a few attempts to link with the attack.
Konsa – 6 Average display.
Mings – 3 Completely lost the plot and allowed Bamford to rule him. Needless yellow card for shoving Bamford to the ground and was lucky to escape a second when he grabbed him by the neck. On all three goals he turned sideways instead of actually attempting to block. For such a big unit he certainly seems scared of a round bag of air coming at him.
Luiz – 6 Exposed time and time again due to the two in front of him.
McGinn – 4 And that’s being generous. Completely invisible for a large part of the match. Knocked off the ball, passed to the opposition countless times. Jogging back is not a recovery run.
Barkley – 3 See McGinn and add the fact that he looks like he’s running in wet cement whenever he has to go back towards his own half.
Grealish – 6 Tried but other than the two chances he was largely ineffective. Seemed to be glued to the left touchline most of the match and was comfortably shackled. Too much complaining to the ref and deserved the yellow card for dissent.
Trezeguet – 3 Terrible performance tonight. Lost the ball so many times and was little help to Cash, who was clearly struggling to contain Harrison.
Watkins – 5 Looked physically weak tonight and couldn’t seem to work any space for himself.

There will definitely be those who agree with gm’s thoughts above, but equally on some players like Cash, there will be plenty willing to defend them.

Whether it was just a bad night at the office, complacency after our start or the players were too busy writing five wins on the spin headlines for themselves – it wasn’t good enough. We all knew our winning run wouldn’t last, most of us wanted midtable/top half improvement this year and that would be a success, but whatever was wrong with our mentality on Friday night needs stamping out and quickly.