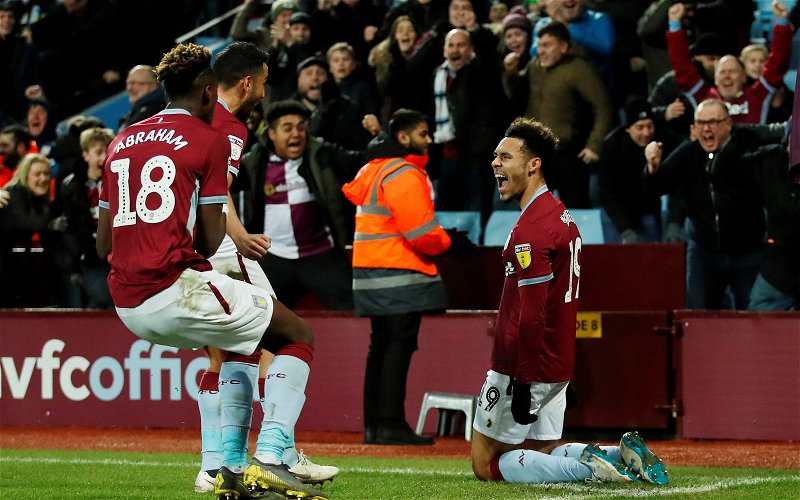 21-year-old Aston Villa academy graduate Andre Green has had another poor time of it following his season long loan out to Championship side Preston North End last summer. The club recalled him on New Year’s Day owing to a severe lack of game time and we quickly arranged a spell out with Charlton Athletic for the second half of the 2019/20 campaign.

Having only made six appearances for Preston in the first half of the campaign, he made his debut for the Addicks in their FA Cup defeat to West Bromwich Albion on Sunday and although he only got 60 minutes under his belt before being substituted, it seems manager Lee Bowyer was pretty pleased with the initial signs on show.

Speaking to London News Online at the weekend Bowyer said of his starting debut.

“He did well. You can tell he is a big game rusty but we tried to get the ball to his feet. He was positive and he took people on. Then we moved him upfront in the second half and we put him as a second striker in a change to the system. He did well there too. He is a threat in behind, a bit like we’ve had with Jonathan Leko and Karlan Grant. That’s how I see him, as one who can play out wide and up top. I look forward to working with him. I definitely see that we can improve him. Once he gets minutes under his belt he will just get better and better.”

Hopefully, he’ll continue to impress and show what he can do and his game time will reflect that now and then decisions can be made.