The Beard Does It Again For Aston Villa

It was a case of ‘as you were’ at the weekend as Aston Villa made the trip to Ashton Gate to take on Lee Johnson’s Bristol City side.

The hosts predictably took the lead as manager Steve Bruce moves on from round pegs in square holes and is now trialling triangles in semi-circles, but the good news for those unintelligent fans who play Squad Balance Bingo, they can at least tick off the box dealing with no wingers to start the game, then no strikers but plenty of wingers come the fulltime whistle.

Midfielder Birkir Bjarnason saved more blushes as he levelled matters up just prior to the half-time break, but meh, one win in eight.

Statistics website WhoScored put the cat amongst the pigeons once again as they rated our Aussie beard Mile Jedinak as our Man of the Match.

Turning out, as he does, at centre-half, they gave him a score of 7.75 for his defensive efforts on the day and he was one of only three players for us to get a rating of seven or above. 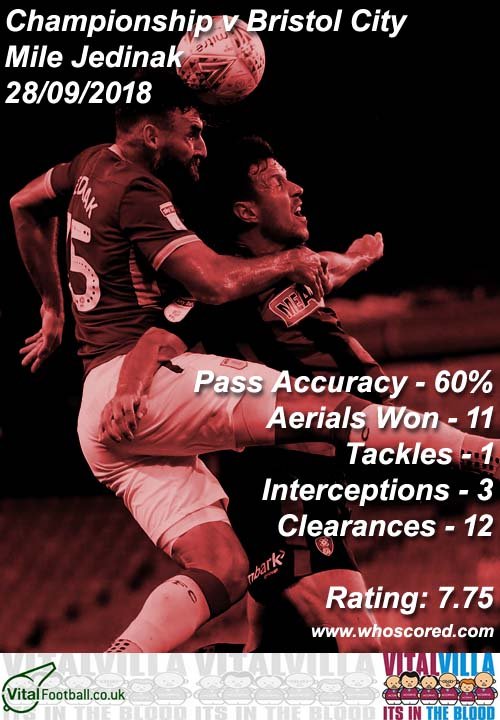 Imagine how he’d perform in his correct position!