The Captain Who Won The League and Won The Cup, A Candid Interview From The Legend Himself 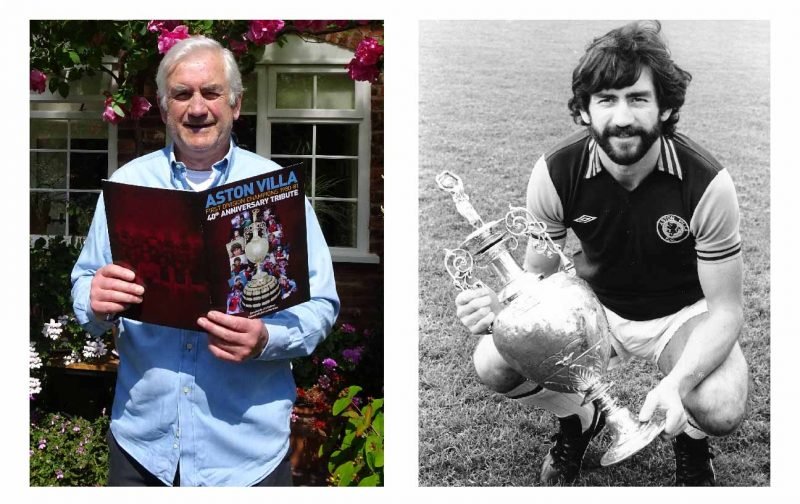 Vital Villa writer Liam Bryan, from youtube channel Total Villan (@TotalVillan) has interviewed none other than the captain of all captains, Dennis Mortimer.

With great thanks from me to Dennis for taking the time for Liam, truly appreciated.

And now for Liam:

Let’s rewind back to May 26th, 1982. Aston Villa defeated Bayern Munich 1-0 in Rotterdam, to win the European Cup for the first, and so far, only time. Aston Villa captain Dennis Mortimer lifted the trophy into the air as Ron Saunders’ side continued the streak of English teams winning the competition, a sixth consecutive victory by an English side. To achieve his goal of winning the European Cup, Liverpudlian Dennis Mortimer had to tirelessly work hard on and off the ball.

From a fantastic upbringing in Merseyside, Dennis went from being scouted by Coventry City to playing in Rotterdam for Aston Villa in just under 10 years.

“The biggest competition within club football!”

When speaking to Dennis, for a two part series he eloquently spoke about how from working hard and being mentally strong he was able to have a successful football career. With Ron Saunders, Ken McNaught and Gordon Cowans being some of the several names mentioned throughout the discussion, this edition of Life Stories is thoroughly entertaining and insightful.

“We even conquered Europe in 1982!” The recognised lyric that throughout the past few years has been passionately chanted by the Villa faithful. To speak to Dennis over zoom on two occasions was a delightful experience. By gaining a better understanding of the mindset of the people involved at the club, to understand and appreciate the determination and resilience of that Ron Saunders team was fascinating.

And don’t forget the fantastic AV40 book on our league winning season:
https://twitter.com/Av40T and the shop: https://av40tribute.com/shop/