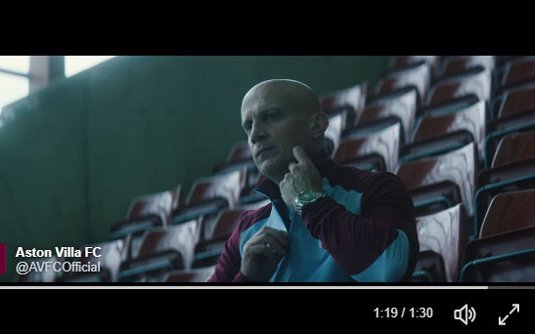 I was really pleased to get this interview done, I’d had to turn down a few in the last six months due to brain aches (sometimes the words are in the head but won’t reach the mouth, which isn’t good for live TV!!!) so to get on, get my point over and for it to have been well received, is great.

The nice thing with SSN is they do give you the respect to get your point over, and give you a fair time, some put you out time wise, then cut you to 20 seconds. I can’t get my wisdom (cough cough!) out in 20 seconds.

The point remains, this is now a massive appointment and the pressure is certainly on the owners and indeed, Christian Purslow, our CEO. You can’t get rid of a (mostly) popular manager like Dean Smith and not replace with better. I have faith they will get it right, or at least I have high hopes…. gulp!

It will be a fascinating week or so, this appointment really will tell us everything as to our direction and time will tell, if it was right to get rid of Dean Smith. At the end of the day, he got us up, kept us up and stabilised us last season. However, this season, well, we all know it isn’t going well and the pressure on this club not to go down again, is massive.

The one good thing with the timing is, actually, the two good things are…! It hasn’t got toxic, fans in the large hadn’t turned on Dean Smith and he has left with great affection and thanks from (I think) the majority. The other good thing is we have the time due to yet another (boring) international break, to get things sorted and hopefully to then push onwards and back upwards in the league.