It is a good job that Jack Grealish has strong legs (I’m a bit jealous to be honest, I have weight trained my legs within inches of their lives for years and I never get calves like that… I digress in true metrosexual – do they still exist – style!) if you look at these stats.

Grealish is featured at: http://www.espnfc.com/player/jack-grealish

As you can see that there is room for improvement. Certainly, he was not helped this season being put out wide by Steve Bruce.

More shots than I’d realised though. 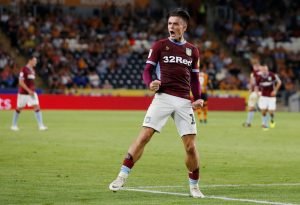 In his interview the other day did have him appearing far more happy with the coaching from Dean Smith et al. You can see that here: Stepping Out Of The Shadows – This Player Could Steer Aston Villa To The ‘Promised Land’ Of The Prem

And now back to the strong legs part… I really did go off on one there. The main point, look at how many fouls against Grealish. 79 fouls suffered.

Some say he plays for them, I can’t see that he really goes onto the pitch asking to be hacked at over and over again though. I think the one area Dean Smith might look to in coaching though is him getting the ball and distributing it quicker, he needs to – in my very humble opinion – not go so deep, he’ll be more of a threat if he’s able to play in the hole, behind the striker/s and put the fear of Paul McGrath in the opposition defence. 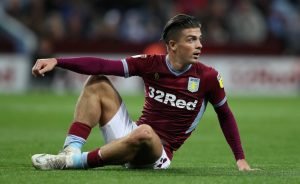 When he tries his long runs from the centre he just gets hacked, if he’s in that area, he needs to give and move, then get the ball where the danger is to run at defenders.

But 79 fouls… good grief. Bit silly to expect the refs to give some protection to players in this league I guess?

Oh and he is just one yellow away from suspension, hopefully he remains card free before the local derby, he’d be gutted to miss that I’m sure.