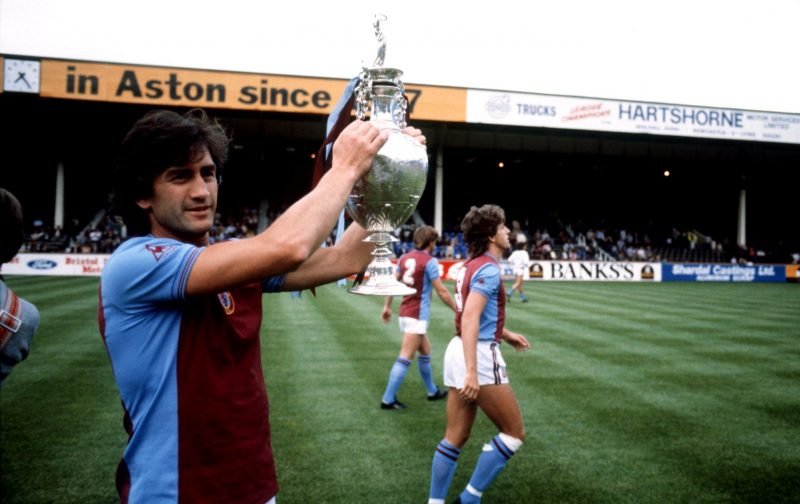 I’m not actually sure I remember a season more mixed for Aston Villa than then 2018/19 Championship campaign.

With major worries over the summer about whether or not we’d be able to keep the lights on at Villa Park and Bodymoor Heath, we saw new owners Nassef Sawiris and Wes Edens ride in like Knights in shining armour but with Financial Fair Play concerns and then Steve Bruce issues, the first half of the year wasn’t entirely comfortable.

By the time we finally reached Wembley and lifted the Play-Off Final trophy to return to our rightful home in the Premier League, breaking and setting new records along the way saw plenty of new memories formed – especially as it all looked so unlikely even in January.

With real news thin on the ground if transfer speculation isn’t your bag, with new moments of nostalgia added under head coach Dean Smith, with so many disappointments in recent years it’s always nice to look back on fonder days over the summer.

These are the brighter memories of some fans, what’s your highlight from the past?

1996 Cup Final against Leeds takes some beating. Cracking day from start to finish. Inter Milan at Villa Park was awesome too…me and my Dad snuck out of my secondary school open day to get there on time.
DeanoVilla

Going to the 1971 League Cup Final with my Father as it was his last match.
Old Trinity Villan

Hard to pick one. Maybe winning the League Cup in ’96, everything went right. Visiting Villa Park for the first time in ’97 getting Dwight Yorke’s autograph. I think Hutton’s goal vs Blues will live with me until I die, I couldn’t believe what I was watching, can’t remember going as nuts for a goal in many years.
Stephen Jay Hawkings

My first away game with my mate, against Blackburn. Agbonlahor – back in his good days scored in the second half and celebrated right in front of us, I was on the first row. It was surreal I was probably still at the age where I saw the players as super heroes so that was a great moment.
david-avfc

Most treasured moment was every time I watched Sid Cowans and Dennis Mortimer, but to say just one has to be attending the game at Villa Park against Juventus even though the night wasn’t the result, it was an unbelievable atmosphere.
Mark A South

Having missed out on attending our Wembley trips since, probably the 2010 League Cup final. Although the result didn’t go our way it was the first final I’d seen us play since becoming a supporter and I was proud to see the team playing in a showcase match with a charitable sponsor in Acorns. A great away kit, too!
Bristol Villan

Standing on the Holte for the League Cup semi-final win over Tranmere in 1994. I went with dad (despite his weird Dingle tendencies, he has a soft spot for the mighty Villa) and it was mental. Total chaos. We ended up about 15 rows further forward at the end than we had started. I will never, ever forget the atmosphere that day.
JuanPabloAngel

Lifting the European Cup is the Villa moment of all time. My most treasured memory, among so many, has to be the first time I met Ron Saunders.
1958Villan

Outside the obvious European Cup. The League Cup Final replay at Old Trafford. Just an amazing atmosphere and I had taken a Villa supporting girlfriend with me. We celebrated!
Cheshire Villan

Probably Wembley 1975, got my first real taste of how much an institution and Goliath of football my club was.
OVB

Would have to be Rotterdam. I didn’t see the goal because I was 4’6” and everyone stood up as Morley crossed it. The coach ride home was surreal – 50 people singing all the way back to Ostend.
gmvillan