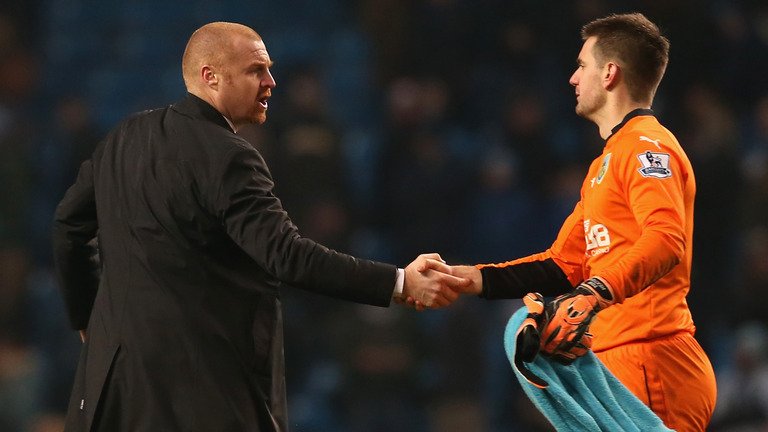 One position at Aston Villa that’s been well debated so far this summer has been that irritating one between the sticks but Jed Steer stole and then kept the position for himself last season and it appeared we were being linked with moves for goalkeepers purely because there was an expectation either of Orjan Nyland or Lovre Kalinic would be moving on given their international positions.

Neil Etheridge was the first to be linked but Neil Warnock played down speculation that a bid had been entered denying any knowledge of it. Jack Butland was another favourite for a while, and now it’s the turn of Tom Heaton.

Burnley manager Sean Dyche was speaking to Lancs Live on Wednesday and he totally downplayed any claims that we had been in touch with the club over the 33-year-old England man.

“There is nothing it, there has been no contact with me. There has been rumours and rumours aplenty this summer and we understand why that is, but we have got a group of players we believe in and we always seemingly over the last few years have interest in one player or another but there is certainly nothing serious our end. Tom is here with us as normal.”

As ever during the transfer window, believe nothing until they are at a train station.