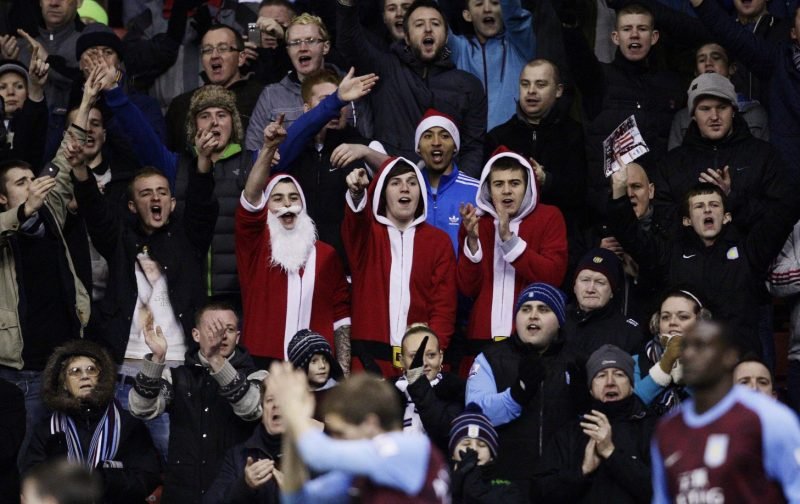 With the release of the fixture list for the coming 2018/19 Championship campaign, Aston Villa have certainly been given an interesting journey around the country as the months of the year tick by, but December is certainly going to be tricky.

Despite ongoing financial concerns with a lack of clarity from the club on that front, manager Steve Bruce and Villa fans themselves will still be hoping we can follow in the footsteps of many other clubs who tasted Play-Off disappointment at Wembley but then went on to better things the following season.

Whether ‘better’ is kicking on into the automatic places themselves or simply just having more success in their next trip to the national stadium.

The Championship is going to be at least as competitive as it was last year, and potentially even more so given the clubs that join from the Premier League and League One, so it’s certainly not going to be a walk in the park.

With December featuring six league games across the month that will definitely be a testing time for us, especially with doubts concerning what our actual first team squad will look like at the end of August.

We can take some heart in knowing there is only one-midweek fixture currently to deal with. Although that probably applies less so to the teams we face.

Whether that schedule slightly eases or gets a little more complicated when Cup dates (if still involved by then) and any television dates are confirmed, we’ll have to wait and see, but I certainly understand the concerns of others. November doesn’t look like much of a picnic either with three derby clashes.

Anyone else totally depressed by this

What a dreadful December it is. Going to be fun.

December will make or break the season . Very tough fixtures.

December is a rough one. pic.twitter.com/u5nCmBRaoc

No west Bromwich , stoke or Swansea till December #avfc

5 x derbies on the trot will be a difficult run of games.

Thats a nasty December looking at it