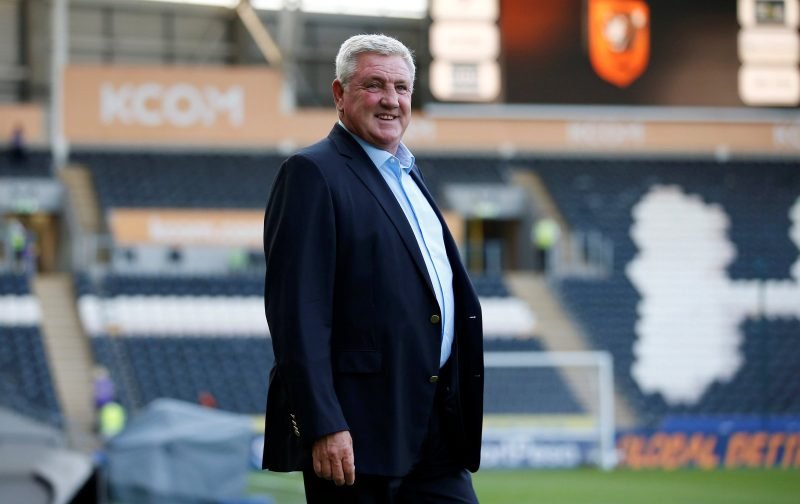 Sometimes on Vital Villa we actually let DeanoVilla out of his box when he says something sensible, and this is one of those rare occasions.

As the vast majority of Aston Villa fans pay their own small tribute to Steve Bruce for the job he did at the club before tensions boiled over this season with the same old tactical mistakes being made that ultimately led to his departure this week, there might be some who disagree with Deano’s words, but I think they will be largely few and far between.

A mixture of sadness and relief from me. Sadness as I really like him, wanted him to do well and will forever be thankful to him for turning the club around.

Relief as he’d lost the fans and lost the plot and it was turning nasty.

It was the right decision all round I think, but wish it could have ended without all the hatred from some twisted fans. In hindsight, he should have gone last week, before things boiled over at the Preston game.

I’d like to personally thank him for what he did when he first came in…he turned the good ship Villa around…a ship that had been sinking for 4-5 years and had spat out many other managers.

He managed to turn a toxic dressing room, and toxic relationship with the fans around and brought a real feel-good factor to the place. Unfortunately, it seems it had almost gone full circle though, so his time was indeed up, but I wish him the very best for the future and have no doubt he’ll do a good job elsewhere.

Wurzel:
Absolutely Deano, couldn’t have put it better myself, let’s not forget what a basket case we were when he took over. Thanks Steve.

sirdennis:
Yes I did feel sad for him last night. Without going on too much sadly I now know what it is like to lose a parent recently and it’s hard enough coping with one, let alone losing both as he did. Bruce may not realise until he has now stepped away how much it affected him. I didn’t want him to suffer the abuse that he did and it’s sad that it got to this point before he was sacked.