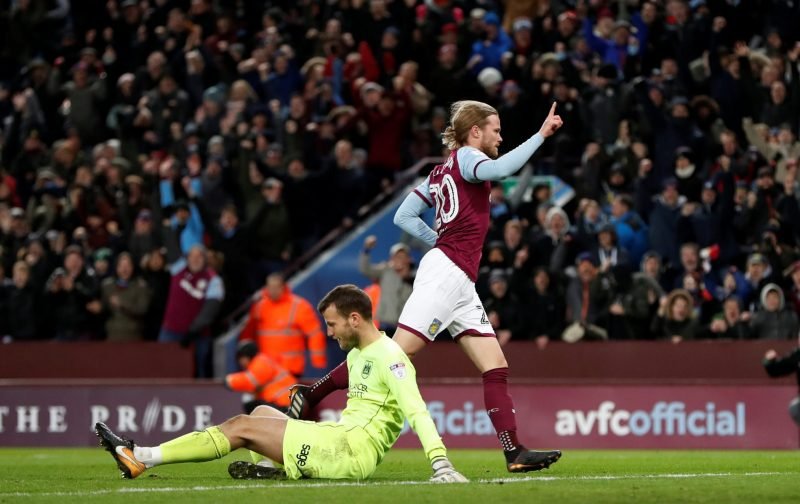 With Aston Villa getting their business in the summer transfer window done early to give new arrivals the best possible chance of settling in quickly ahead of our Premier League return when we take to the pitch this weekend against Tottenham Hotspur, it was always going to be a slow deadline day for a change – but we have had another departure and it comes in the shape of Icelandic international beard Birkir Bjarnason.

#AVFC & Birkir Bjarnason have today mutually agreed to the termination of his contract with the Club.

The Icelandic international made 54 appearances & scored six goals after joining from FC Basel in January 2017. The Club would like to wish BB the best of luck for the future. pic.twitter.com/0ur19CPjRD

The 31-year-old international midfielder joined the club from FC Basel back in the January 2017 window, and he’s had a mixed time at Villa Park in fairness, making only 31 starts for us with 23 more showings from the substitutes bench, but he did contribute six goals and was popular amongst the fans.

With Villa strengthening midfield this summer, earlier today the Official Site confirmed that we had now mutually terminated his deal to allow him to move on and find himself a new club, but he does leave with some good memories even if the departure was slightly unexpected.

Well this was unexpected.. Good luck, BB. Thanks for the memory. pic.twitter.com/xg6wGkCa2T

(will let myself out too)

Didn’t see that coming ????‍♂️ wish him the best of luck

Thanks for everything Thor ???? pic.twitter.com/AR4sJ8lwkg