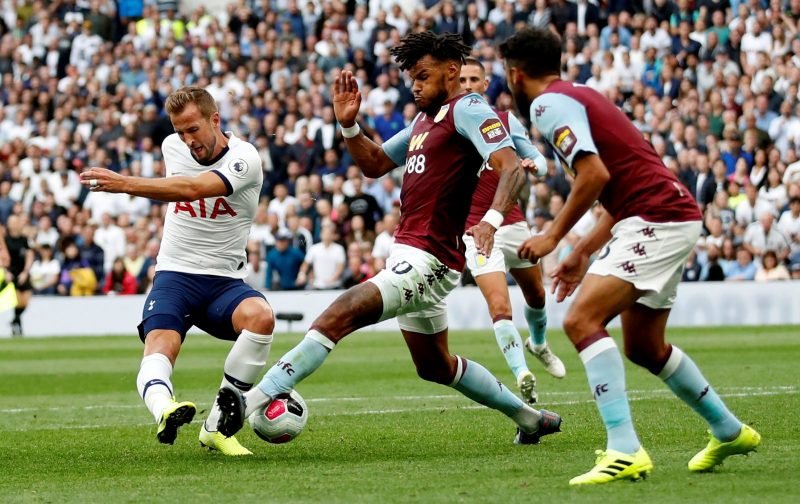 In the end, we just couldn’t live with the European Cup finalists. After weathering an early storm, John McGinn burst clear of the Tottenham defence to slot low past Hugo Lloris and send the travelling Villans (and those of us watching on from home) into delirium. Nine minutes gone and we had a highly improbable lead.

It could have been even better had Trezeguet not made a mess of two further, presentable chances, but Villa kept their shape, refused to panic and defended comfortably to see out the first half.

Unfortunately, they couldn’t keep it up and as the second half wore on, Spurs’ quality began to tell as chance after chance went begging. We held out for almost 75 minutes before a piledriver from their £70m man Tanguy Ndombele left Tom Heaton stranded.

Even then, we might have escaped with a perhaps ill-deserved point, until Jack Grealish, not having his best game it has to be said, was caught in possession by Erik Lamela on the edge of our box and Harry Kane did Harry Kane things. Kane added the cherry on the cake in injury time, emphasising the gulf in class.

On balance, 3-1 was not flattering to either side – we didn’t deserve to get tanked, nor did Spurs really deserve much more than a two-goal victory. They just made their quality show and we displayed perhaps inevitable naivety as the pressure mounted. We failed to keep the ball for any meaningful spells during the game, and against a side with the intensity of Tottenham, that will only end one way.

There were plenty of positives to take from the game for Villa – we acquitted ourselves well against a top European side and as mentioned, with more guile and know-how, together with better possession and taking chances, we could have avoided defeat.

Bjorn Engels had an eye-catching performance, alongside Tyrone Mings, who grew into the game as it wore on. Honourable mention for the much-maligned Neil Taylor, who was outstanding and had one of his best games in a Villa shirt. John McGinn showed he will cut it at this level, while Heaton showed his international class with a couple of unbelievable saves.

In the debit column, Grealish seemed overawed by the occasion, while Anwar El Ghazi huffed and puffed with little reward. Wesley was also disappointing and really needs to impose himself on defenders – it was a rude awakening for the Brazilian and hopefully he will learn from the experience once he extricates himself from Toby Alderweireld’s pocket.

Trezeguet was a mixed bag – he showed enough in the first half (missed chances aside) that he will prove a handful in this division but faded as the game wore on. The less said about his replacement – Jota – the better; it just wasn’t his kind of game today. Kodjia seemed to play as an auxiliary midfielder, so deep did he play when he came on and Douglas Luiz’s 10-minute cameo came too late for him to impose himself on the match.

As discussed in the match thread in the forum, our fight is not against Tottenham or the other top-six contenders. We will undergo a far more realistic and relevant examination in the coming weeks – Bournemouth, Everton, Palace and West Ham will be better markers for how our season will unfold. This is the battlefield on which our season will be contested.

My match ratings, for what they are worth (rhetorical question, settle down):